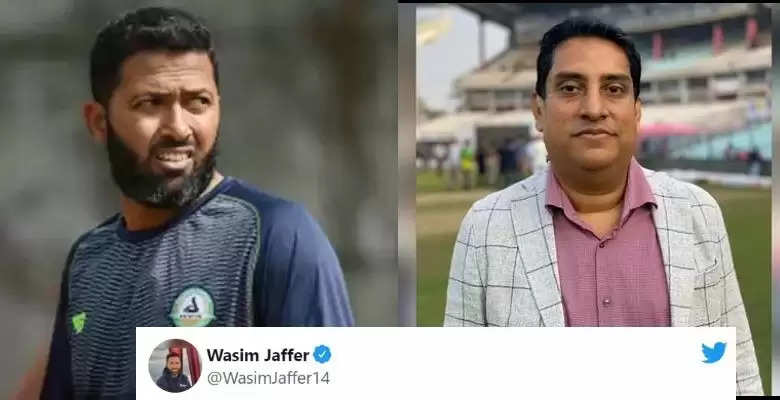 Wriddhiman Saha the beleaguered Indian test wicket keeper and batsman has been in the news for the all the wrong reasons. Just before the series against Sri Lanka he was dropped and the 37 year old said he was being pushed out of the team. Then Saha came out and said that a senior Journalist had come out and threatened him with dire consequences for not giving an interview to him. After months the scribe in question turned out to be Boria Majumdar who now faces a two year ban from the BCCI.

Veteran Indian wicket keeper batsman Saha has been enjoying his return to cricket. Playing for Gujarat Titans, Saha replaced the world cup winning Matthew Wade at the top. In the 3 games so far, Saha has scored 104 runs with 68 off them coming in the game against SRH on Wednesday. The Bengal cricketer was in his elements as he gave the Titans a good start scoring 68 off 38 balls while chasing 196. Saha was bowled by a magical delivery from Umran Malik to leave GT at 122 for 3. This is when Jaffer put out a tweet which read “Well played @wriddhipops we know how much this means to YOU”. Jaffer stressed on the word YOU because Majumdar had miss-wrote it as YPU in the Watsapp chat where he threatened Saha.

In the game between CSK and PBKS, the match saw Ambati Rayudu display his class with the bat. The right hander was in his elements as he went after the PBKS bowlers. Rayudu scored 78 off just 39 balls with 7 fours and 6 sixes at a strike rate of 200. Despite the efforts from Rayudu, CSK lost the game by 11 runs to stay 9th in the table and facing elimination. Once the knock by Rayudu came to an end, Jaffer showed his hilarious side with yet another funny tweet. The reference came when Rishi Dhawan playing for the 1st time in 6 years wore a face shield as he was just coming from an injury. Jaffer took to twitter and wrote “Rayudu batting even more aggressively tonight. Rishi Dhawan’s glasses may have reminded him of something”.

The swipe in question was when he MSK Prasad led selection committee had picked Vijay Shankar over Rayudu for the 2019 World Cup. The former selectors had called Shankar a 3D cricketer and Rayudu had sarcastically said that he was going to watch the world cup with 3D glasses on.