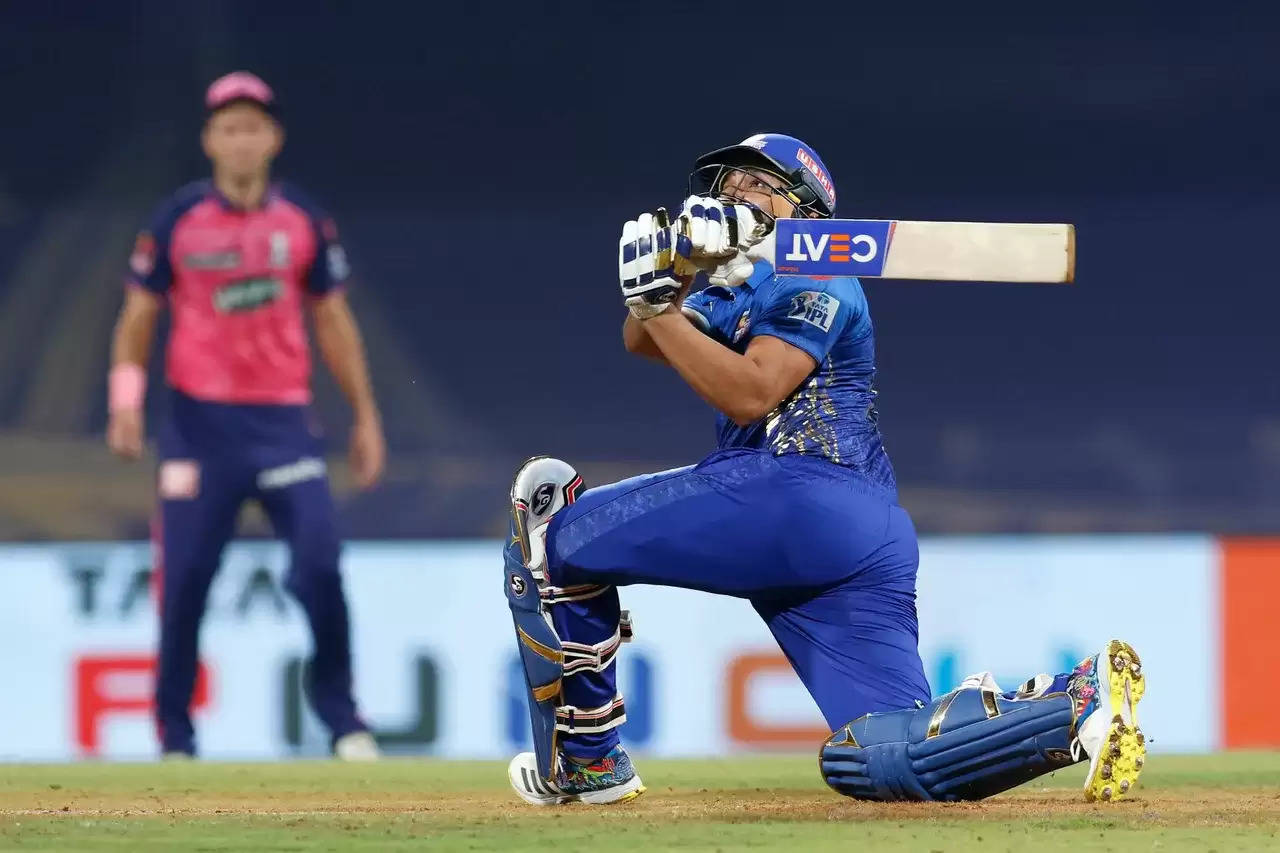 It was a special day for Mumbai Indians after they won their first game of the season after a horrid run of 8 consecutive losses. Mumbai beat Rajasthan Royals by 5 wickets on a day when Rohit Sharma celebrated his 35th birthday. It wasn’t the best birthday to remember for Rohit Sharma as he fell for 2 runs to continue his poor run with the bat. The loss meant that Rajasthan stayed on 12 points in the 2nd place and now are in danger of being overtaken by LSG if the KL Rahul led side win against Delhi on Sunday.

The noisy DY Patil stadium gave a huge cheer to Rohit Sharma as the birthday boy walked into bat. Rohit turned 35 on Saturday and the Mumbai captain who had scored 153 runs before the game against RR. On Saturday, MI captain Rohit Sharma fell for just 2 runs when he was caught by Daryl Mitchell of Ashwin. The innings of 2 was a laborious one came to an end after 5 torturous deliveries. The moment Rohit got out his wife Ritika had a heartbroken look on her face and that’s when Ashwin’s wife Prithi Narayanan went her and hugged her. 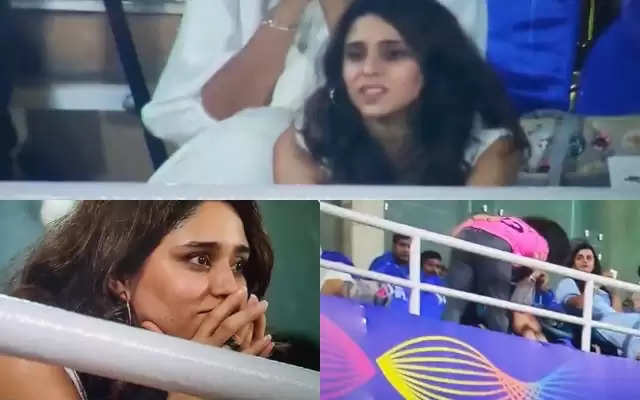 Before the game began there was a minute long applause for Shane Warne the former RR captain who led them to the title win in 2008. Shane Warne tragically passed away on 4th March, 2022 due to a cardiac arrest in Thailand. Jos Buttler continued his good form with the bat when he scored 67 off 52 balls with 6 fours and 4 massive sixes. His 4 sixes came back to back in the 16th over off Hritik Shokeen. None of the other batters put much runs on the board. Padikkal (15), Samson (16), Mitchell (17). Ashwin with 21 was the 2nd highest scorer for RR.

SKY leads Mumbai to first win of the season –

Chasing 159 to win, Ishan Kishan finally showed some intent with the bat with 26 off 18 balls after the fall of Rohit Sharma. It was an 81 run stand between SKY and Tilak Varma that swung the game in Mumbai’s favor. SKY was out for 51 off 39 balls with 5 fours and 2 sixes, while Varma scored 35 off 30 balls with a four and 2 sixes. Tim David was not out on 20 off 9 with 2 fours and a six, while Sams pulled his first ball for a six to win the game for Mumbai which was their 1st of the season and kept them at 10th in the table.