Yuvraj Singh comes up with words of advice for Kohli 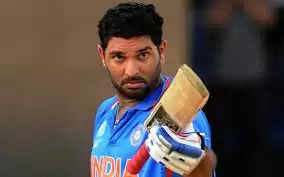 TATA IPL 2022 has been a curious one for many teams and players. For the 1st time ever CSK and MI are the bottom two of the league. Then bats of Rohit Sharma and Ravindra Jadeja haven’t done the talking. The biggest concern is of the form displayed by Kohli who has had a wretched form with the bat. Kohli has been going through the worst patch of his cricket career with the bat and now there are serious questions about his place in the Indian side as well as the RCB side for the last few games.Former Indian legend Yuvraj Singh has come out and given his take and had his say on the entire Kohli struggling for form issues. Yuvraj was in the dressing room when Kohli came into the Indian team and has seen his rise from close quarters. Speaking to Sport18’s Home of Heroes, the former left handed batsman said “Virat needs to become a free-flowing personality again. If he can change himself and be like how he was earlier that will reflect in his game. He has proved himself to be the best of this era and believes in a strong work ethic and that has brought the best out of him over the years. Obviously, he is also not happy, and people aren’t too, because we have seen him setting bigger benchmarks, scoring hundreds after hundreds. But this happens to the best players”

Virat Kohli came into this season of the IPL with the hopes to address his batting woes. He had quit the Indian captaincy from all formats as well as stood down as the RCB captain post the end of last season. Kohli began the season with an unbeaten 41 against PBKS, and followed it up with scores of 12 and 5 vs KKR and RR. His 48 against MI gave people hope that perhaps Kohli was back in form. What followed was a horror run which started with 12 vs DC, followed by scores of 1 against CSK, two ducks in a row versus SRH and LSG. His last game against RR in the return encounter saw him open the batting and score a mere 9 before falling to Prasidh Krishna.

The voices from the BCCI camp are clear that they wont drop Kohli till he decided to rest himself or make himself unavailable. Former India coach Ravi Shastri too has come out and said that Kohli should pull out of the remaining games of the IPL. Kohli so far has scored mere 128 runs while averaging 16 with the bat and has a strike rate of shade under 120. Kohli and his fans and Indian cricket team in general that Kohli can find his form and come back to the run scoring form he has displayed during his peak.