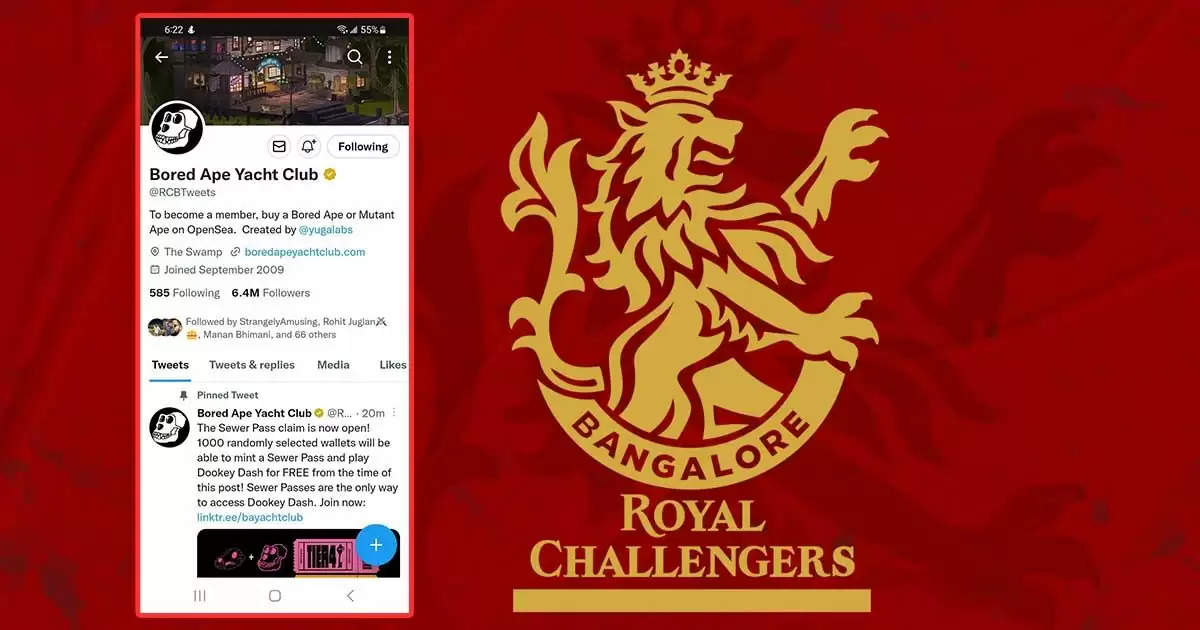 Indian Premier League 2023 is season few months away and the fans are eagerly waiting for the new season. Royal Challengers Bangalore like the other nine teams are waiting for the season to start. The Bangalore based outfit are yet to win their first IPL title. On Saturday 21st January there was a massive jolt for the RCB fans as their Twitter account started to post some suspicious looking tweets.

Cricket fans were engrossed in wait for the 2nd ODI between India and New Zealand on Saturday. A few eagle eyed social media users spotted the RCB accounted had got hacked. RCB’s official twitter account’s name was changed to “Bored Ape Yatch Club”. Once this came to light lot of fans decided to caution the other users not to click on any link that was being posted.

This apparently is not the first time this happened, not long ago the social media handles of RCB had been taken over by hackers. The accounts were recovered after a while.

RCB took to its Instagram handle and posted a long message to its fans about the incident which had happened. RCB wrote “the unfortunate incident happened beyond our control despite taking all security measures recommended by Twitter. We do not endorse or support any of the Tweets/Re-tweets that happened from our handle today and we regret the inconvenience caused. We are working with the twitter support team to resolve this at the earliest”

Once the news came to light, cricket fans took to twitter to post memes and started trolling them endlessly. Many were frustrated with the laxity of the RCB’s social media team at their favorite team’s twitter account getting hacked. You can read all the tweets below.

RCB got their account hacked for the 2nd time, terrific achievement this.