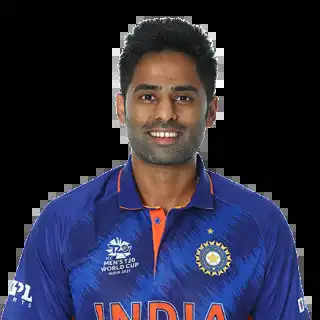 The game on Sunday did not have any significance for India as they had already won the series with a 49 run win on Saturday. For England though, they had to win to keep their  heads aloft and avoid a series whitewash. The English team were able to do just that as they beat the Indian team by 17 runs to close out the series with a 2-1 margin. The focus of the day was on Surya Kumar Yadav as the 31 year old played a breath taking knock.

India lost 3 quick wickets in the form of Iyer, Dinesh Karthik and Jadeja, but Yadav was going strong. The 31 year old from Mumbai became the 5th Indian to score a T20 century and the 9th overall in this format of the game. With SKY still in the middle, India had a chance as they needed 25 off 8 balls. Moeen Ali though tossed one outside off to have caught by Salt for 117 off 55 balls with 14 fours and 6 maximums. His knock fell short by 1 run of the best ever score for an Indian in T20 cricket.

England power their way to 215-

batting first, England saw Buttler score 18 off 9 before being bowled by Avesh Khan. Malan and Roy added 30 for the 2nd wicket before Roy was out caught by Pant off Umran for 27. Salt became the 3rd player to be out as he was dismissed for 8, bowled by Harshal. That’s when Malan and Livingstone came together and added 84 runs for the 4th wicket in just 7 overs. Malan was out for 77 while Livingstone was not out on 42 off 29 balls with 4 sixes.

Post the 117 run knock by SKY many big names came out to tweet with the likes of Irfan Pathan, Harsha Bhogle and many more having their say. You can read all the tweets below

The Sky is a lovely shade of blue today. Wow @surya_14kumar. One of the best I have seen

There were quite a few brilliant shots but those scoop 6️⃣s over point were just spectacular.#ENGvIND pic.twitter.com/vq7PbyfpSL