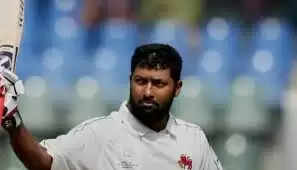 The Indian Premier League is going on in full flow, but at the back of the mind of every Indian player will be the big prize in mind. Every player wants to don the Indian jersey and be part of the squad for the T20 world cup which is to be hosted by current world champs Australia later this year. Former Indian opener and domestic legend Wasim Jaffer has named the five fast bowlers who could be part of the Indian team for the World T20 in Australia.

Bumrah leader of the pack –

Wasim Jaffer has named Jasprit Bumrah as the leader of the pack for the Indian team during the T20 world cup in Australia. The 28 year old has been the sole bright spark for Mumbai Indians during a dismal IPL 2022 campaign. The next name on the list for Jaffer is the 2021 leading wicket taker Harshal Patel. The right arm swing bowler who has exceptional control over the slower ball will be a handful for the opposition with his deceptive pace and ability to bowl slower ball and pin point Yorkers. 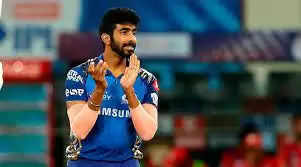 Then loss of Deepak Chahar has been felt big time by CSK as the 29 year old’s injury has come bite the defending champs hard. According to Jaffer, the swing king from Rajasthan should be fit and raring to go for the show-piece event down under. Jaffer also named T. Natarajan the left arm seamer from Tamil Nadu to make a comeback to the Indian squad after his impressive showing for SRH so far. rounding off the list is Gujarat’s new ball bowler Mohammad Shami who has gotten better with each game in the IPL so far. 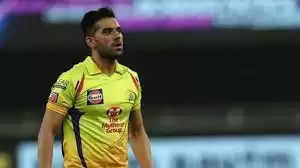 No place for young talents or experienced bowlers –

A lot of cricket fans will be sad to know that Jaffer has excluded the pace duo of Umran Malik and Prasidh Krishna. He also left out Shardul Thakur and Bhuvneshwar Kumar the experienced Indian bowlers. While Krishna and Kumar made the standby list Malik and Thakur according to Jaffer would not be on the plane to Australia later this year. This will be Rohit Sharma’s first challenge after being given the Indian captaincy across all formats. Rohit who turns 35 in a few days will hope to put the miserable IPL behind him and win India a silverware after nearly a decade.