Watch! Babar Azam’s reaction to a question on the IPL has the twitter in splits 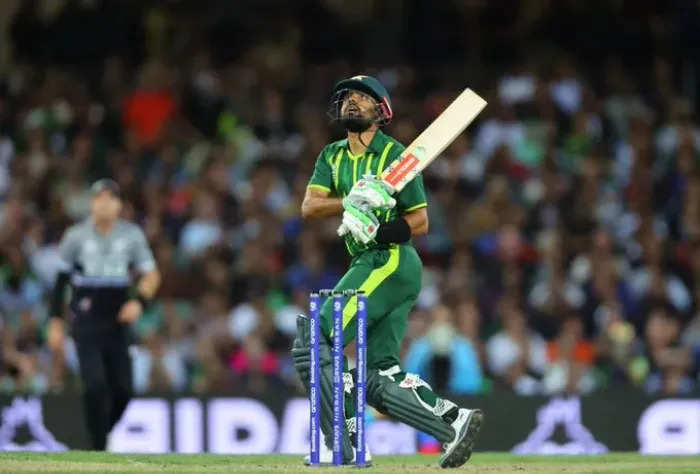 Pakistan are set to face England in the 2022 T20 World Cup final on Sunday at the MCG. It has been a comeback to remember as the Pakistanis were nearly out of the tournament. The Babar Azam led side had lost the first two games to India and Zimbabwe to be on the cusp of elimination from the tournament.

Babar Azam looked perplexed at the question, because none of the Pakistan players play the IPL. The Pakistan media manager then took control once the skipper looked his way and said “We are taking questions on the World Cup final at the moment,”

Jos Buttler and his men beat the Indian side by ten wickets to reach the summit clash. Buttler who was struggling for form struck gold against the hapless looking Indian attack. Hales on the other hand has been in good form since his comeback to the England side.

Dawid Malan and Mark Wood return to the nets –

In a further boost to English side, number 3 batter Dawid Malan and fast bowler Mark Wood are back to training. The duo missed the game against India due to injuries. This would come as a welcome sign for Buttler ahead of the big game on Sunday.

The question on IPL had the cricket fans having a debate on the leagues namely IPL and PSL on Twitter. You can read all the tweets and the debate the fans had in the tweets below.