Watch! Jos Buttler did something amazing during the 2nd ODI against South Africa 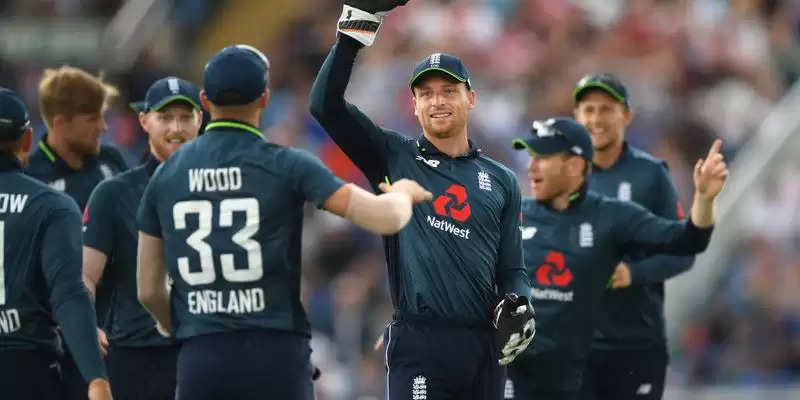 South Africa came into the 2nd ODI versus England at the Emirates Old Trafford with a 1-0 lead in the series. The visitors had won the first game by 62 runs at Durham in what was Ben Stokes’s last ever ODI game for England. The 2nd ODI at Manchester was the 2nd time Buttler would get to lead his national side in front of his home side. England had lost to India last Sunday in the 3rd and final ODI to lose the series 2-1. It turned out to be an happy homecoming for Buttler in more ways than one.

Jos Buttler defies gravity to pull of an amazing run out –

South Africa came into the game on the back of a perfect batting performance during the 1st ODI. The match was curtailed to 29 overs per side and England had scored 201 during their allotted 29 overs. Chasing 202 to win, South Africa were 6 for 3 in the 4th over. The 5th ball of the over was bowled by Willey and the batsman played the ball down the leg side and went for a quick single. That’s when Buttler, as agile as a cat ran in swooped the ball and effected a brilliant run out.

Batting first in a rain curtailed game, Jason Roy and Bairstow began in an aggressive manner and added 22 runs for the opening wicket. Roy was the first man out for 14 off 12 balls. Phil Salt and Bairstow then added 30 in 22 balls with both the batters looking to go for quick runs. Salt was out for 17 off 10 balls, followed by Root for 1 and Baristow for 28 off 27 balls. Moeen Ali fell for 6 as England were reduced to 72 for 5 in the 12th over.

Just when it seemed that England were in trouble, the lower middle order came to the fore. Buttler scored 19 off 27 balls, followed by 38 off 26 balls by Livingstone who hit 3 massive sixes. Sam Curran 35 off 18 balls with 2 fours and 3 sixes along with David Willey scoring run a ball 21 with 12 from Adil Rashid helped England reach 201 on the board.

Chasing 202 to win, the visitors lost their first 4 wickets with just 6 runs on the board. The slide began when Malan was out for a duck, Van Der Dussen and Markram also failed to get off the mark. De Kock was out for 5, and the score was reading a pathetic looking 6 for 4. Apart from Klassen with 33 and Miller 12 and Pretorius with 17 none of the batters were able to reach double figures. South Africa were all out for 83 to give England a huge win and square the series 1-1. Adil Rashid picked 3 wickets, while Topley and Ali picked 2 each, while Willey and Curran picked 1 each.