Watch! Simon Doull’s tweet slamming the host nation ahead of the 1st T20 vs India 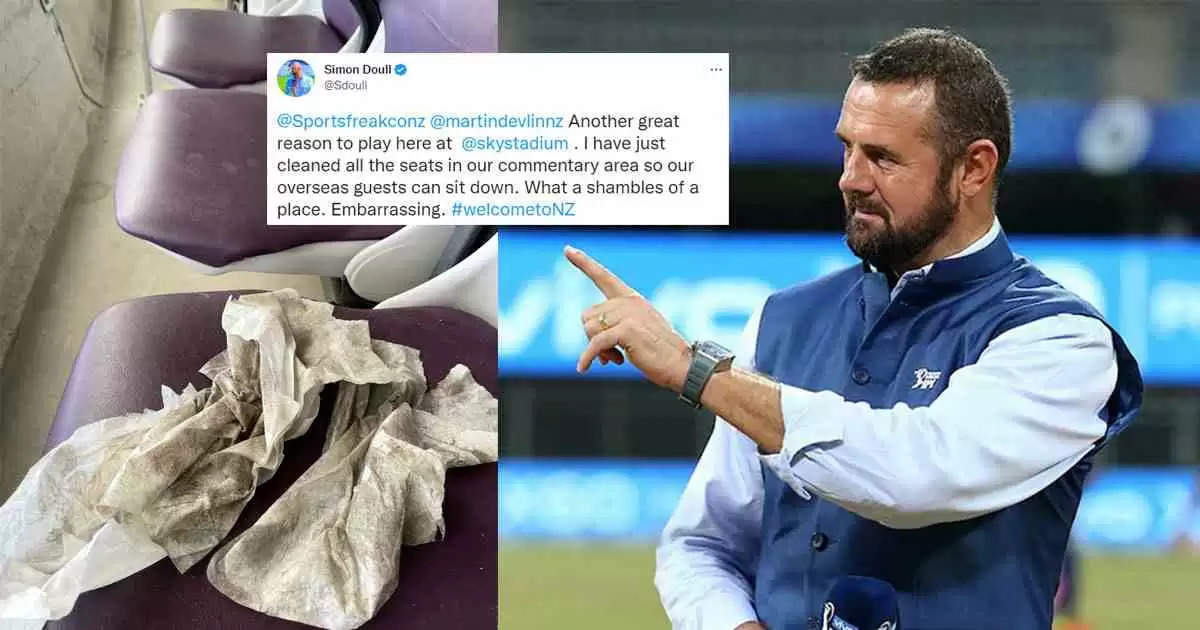 It was expected to be the start of the long Kiwi summer as the Indian team touched down for a white ball series. The Indian team is in New Zealand to play a total of 3 T20 and 3 ODI matches. This is perhaps the start of an important phase for both sides as they plan for the next Two ICC events slated to be held in 2023 and 2024.

India are flying across thew Tasman directly after losing the Semi Finals of the T20 World Cup 2022, just like New Zealand.

The first match of the 3 match T20 series was to be played at the SKY stadium at Wellington. India were to be led by Hardik Pandya, as the big names like Rohit and Virat were given a rest for the short series.

Simon Doull loses his cool at the hosts –

Former New Zealand pacer turned commentator; Simon Doull saw red before the likely start of the 1st T20. The former right arm pacer took to twitter to slam the hosts for the dirty seats that were spotted in the commentary box.

Taking to twitter, Doull said “@Sportsfreakconz @martindevlinnz another great reason to play here @skystadium. I have just cleaned all the seats in our commentary are so our overseas guests can sit down. What a shambles of a place embarrassing “

⁦@Sportsfreakconz⁩ ⁦@martindevlinnz⁩ Another great reason to play here at ⁦@skystadium⁩ . I have just cleaned all the seats in our commentary area so our overseas guests can sit down. What a shambles of a place. Embarrassing. #welcometoNZ pic.twitter.com/Xnpz5BihcI

First T20 gets abandoned due to rain –

The first match of the series at Wellington, saw rain play havoc as the first match was abandoned without a ball being bowled. The rain just arrived before the toss could happen. there was a slight respite as hopes lingered about the game seeing a start, with the covers being peeled off.

That did not happen though, as more rains came down and the entire game had to be abandoned just 40 mins before the official cut off time. The 2nd match will now be played on Sunday with the 3rd game slated to be played on Tuesday. This will be followed by a 3 match ODI series which will see Shikhar Dhawan lead the Indian side in the 50 over format.