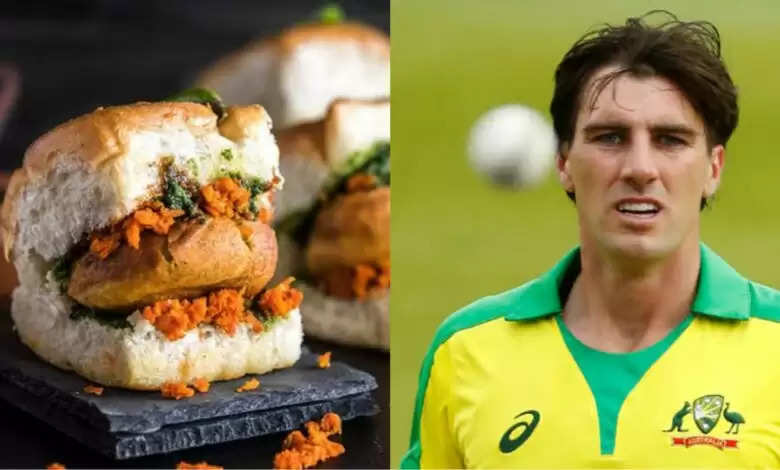 For over a month now the TATA IPL has been played in the state of Maharashtra. There are still nearly 20 games before the final leg movies to Kolkata and Ahmedabad. One of the best things about the state of Maharashtra is the street food and the staple diet for any Mumbaikar is Vada Pav and Cutting Chai. Any person of any age loves to gobble up a spicy Vada pav along with a small helping of Tea at any point of the day to vet his/her appetite.

Pat Cummins has endured a sub-par season of IPL ever since his whirlwind 50 against Mumbai. The Australian test captain has played just 4 games for KKR scoring 63 runs and picking just 4 wickets for 190 runs. Since the game against RR he has warmed the benches. One of the fans recently took to twitter and wrote “To my followers in Mumbai, what local dish I try for dinner whilst I’m there?” . One fan was quick to tweet “Try Vada Pav”. The Australian captain said “Looks Good”.

Yuvraj Singh Shows his dismay at Pat Cummins being benched –

Former India player and all rounder Yuvraj Singh had slammed KKR for benching the Australian test captain. Pat Cummins came into the IPL with a high of leading Australia to a series win over Pakistan after their tour of the nation after 23 long years. Yuvraj took to twitter and wrote “I’m so surprised to see @patcummins30 sit out unless he’s injured? World class all rounder. If someone has had 2 3 tough games does it mean u stop believing in your match winners? cause they can win you 3 in a row as well!! just my opinion”

I’m so surprised to see @patcummins30 sit out unless he’s injured ? World class all rounder . If someone has had 2 3 tough games does it mean u stop believing in your match winners? cause they can win you 3 in a row aswell !!just my opinion 🤷🏻‍♂️ #DCvKKR

KKR are 8th in the table and won their last game against RR thanks to Nitish Rana and Rinku Singh. They next face LSG on Saturday in the afternoon game before playing against Mumbai on Monday. Pat Cummins hopefully will be itching to get on the park and make a mark for KKR and help them reach the final 4.