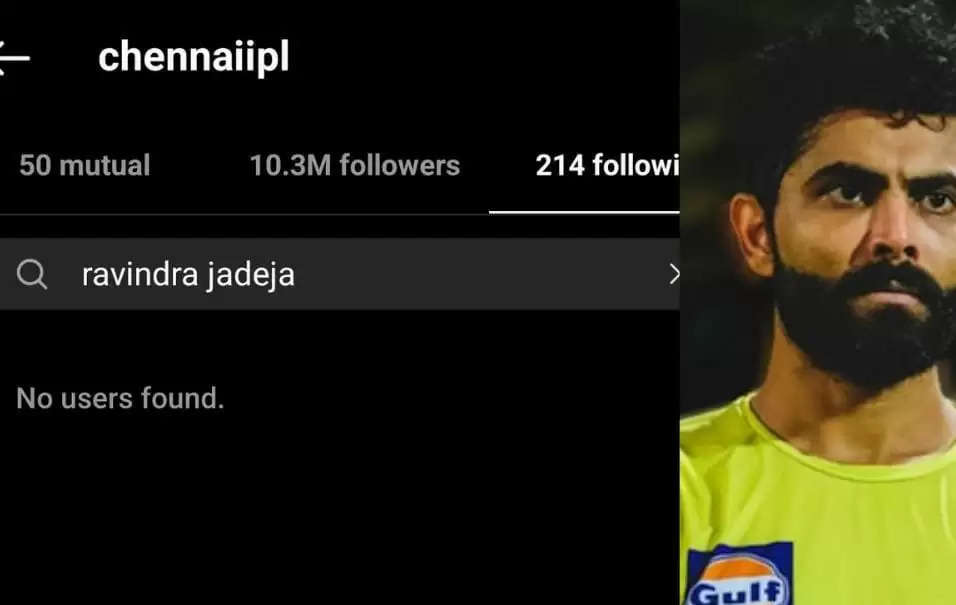 Just ahead of the IPL, India were playing a 2 match test series against Sri Lanka.  The biggest star of that series was none other than Ravindra Jadeja. He scored a memorable century in the first test and also did his regular damage with the ball. Jadeja was then named the best all-rounder in the world. This was followed by the unexpected announcement of MS Dhoni stepping down as the captain of the CSK team 24th March, which was a mere 2 days before the start of TATA IPL 2022.

Has the relationship strained ?

TATA IPL 2022 has seen the best action of cricket this year as every team has gone hard to win games and get to the top 4. There have also been some big controversies and one of which was the captaincy merry-go-round. After a run of poor results news came out that Ravindra Jadeja had decided to step down as the skipper and hand the baton back to Dhoni. Now in some strange latest development, the Chennai Super Kings official Instagram handle have stopped following Ravindra Jadeja, which has left many fans curious.

Repeat of Warner and SRH?

Post stepping down as  the skipper of the team, Jadeja has been shell of his former self. In the last game against DC he wasn’t even in the team and replaced by Dube due to injury. This is following the same pattern one saw with David Warner last year when he was stripped of the captaincy. The Australian was replaced by Williamson and Warner could be seen in tears out of the boundary rope. The two then unfollowed each other on Instagram and eventually came the release before Warner found a new home in Delhi.

Jadeja is one of the oldest members of the men in yellow and has been their pillar ever since his debut in 2012. Jadeja began his career with Rajasthan before playing for Kochi, in the only year they were with the IPL. During CSK”s 2 year absence he played for Gujarat Lions and once coming back to CSK post the serving of the suspension period, he has served the men in yellow well.