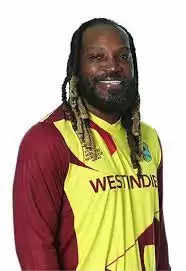 Ever since the start of the Indian Premier League there have been very few players who have had a lasting impression. The likes of AB De Villiers, David Warner are at the top of the pile when speaking about putting the IPL on notice. Few have captured the imagination of the people like one Christopher Henry Gayle the big hitting West Indian opener. This is the first time that the West Indian is not part of the IPL and the 42 year old has revealed the reason behind this.

Chris Gayle opens up about not entering IPL auctions this year

Chris Gayle began his IPL career with KKR and did not play the 2008 season but he found his success in RCB. Gayle was drafted in as a replacement player during IPL 2011 and he made an immediate impact with a century on debut for RCB. After being released by RCB, he went to PBKS where he did not find regular playing time. This year he did not enter his name in the TATA IPL auction 2022 and he opened to the English tabloid Mirror when he said “For the last couple of years, the way the IPL went about, I felt like I wasn’t treated properly.  So I thought ‘okay, you (Gayle) didn’t get the respect you deserved after you did so much for the sport and IPL. So I said ‘okay, that’s it, I’m not going to bother to enter the draft,’ so I left it as it is. There is always going to be life after cricket so I’m just trying to adapt to normality”

Chris Gayle entered the IPL record books when he scored 175 not out against Pune Warriors India during the IPL 2013 season. Gayle’s big hitting skills have been missed by the fans of the IPL. There have been questions whether he will be part of the TATA IPL 2023 season, now the former West Indian opener has revealed his intentions for the next season of IPL. Speaking to Mirror newspaper he said “Next Year am coming back, they need me. I’ve represented three teams in the IPL, Kolkata, RCB and Punjab. Between RCB and Punjab, I would love to get a title, with one of those two teams. I had a great stint with RCB where I was more successful within the IPL, and Punjab, they’ve been good. I love to explore and I love challenges so let's see what happens”

Chris Gayle so far has played in 142 IPL games and has scored 4965 runs with an average just under 40 and a strike rate at 148, he has 6 centuries and 31 half centuries and has hit 357 sixes. Gayle has also picked 18 wickets with the ball and has a best of 3/21 with an economy just under 8. It will be interesting to see if any team picks up the West Indian who has put the IPL on the map.