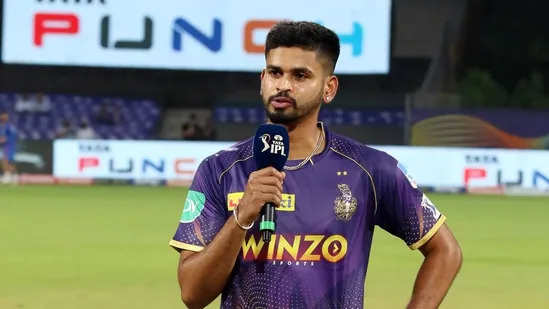 Kolkata Knight Riders this season have seen the two extremes of Indian Premier League, as they are standing precariously close to elimination. On Monday the Shreyas Iyer led side beat Mumbai by 52 runs to push themselves into contention for a place in the final four. It was a perfect day with the ball for the 2 time champs as they prevailed over the struggling Mumbai Indians at the DY Patil stadium. The fans on twitter were left curios with the comments made by the KKR captain post the game.

Shreyas Iyer was a proud captain at the end of a brilliant performance against Mumbai Indians. The win kept KKR in the hunt for a spot in the play-offs, at the end of the game Iyer said “ It is really difficult (to tell players about axings). Coach and at times, CEO is also obviously involved in team selections. Each and every player takes it well, and they have put in their best efforts”. This comment left the fans confused and some even felt that he could be sacked post the end of the season.

IPL has never seen any comment speak about the CEO getting involved in team selection matters. Venky Mysore has been the CEO of the team since 2010 and plays an active role in the recruitment of players and the backroom staff. He is also seen during the IPL auctions sitting in the table along with the owners and helping them buy the players. Post the comment from Iyer, the cricket fans took to twitter to post their views on the same. The views were mostly the fans being made curious as to what’s going on behind the scenes at KKR.

Shreyas getting sacked after one season after that comment (CEO involved in team selection)? Surely, it will ruffle a few feathers #IPL2022 #MIvKKR

Shreyas Iyer is saying CEO is involved in team selection 😳😳😳


Road ahead for KKR –

Poist the win against Mumbai, KKR are in 7th place in the table as they have 10 points from 12 games played. They leapfrogged CSK and PBKS who both have played just 11 games. KKR next play SRH this Saturday before finishing their league phase with a game against Lucknow. While Lucknow are sitting pretty at the top, SRH will pose a serious challenge to Iyer and KKR with the Kane Williamson led side looking to make the play-offs too and are just above KKR in 6th place in the table with 10 points from 11 games.