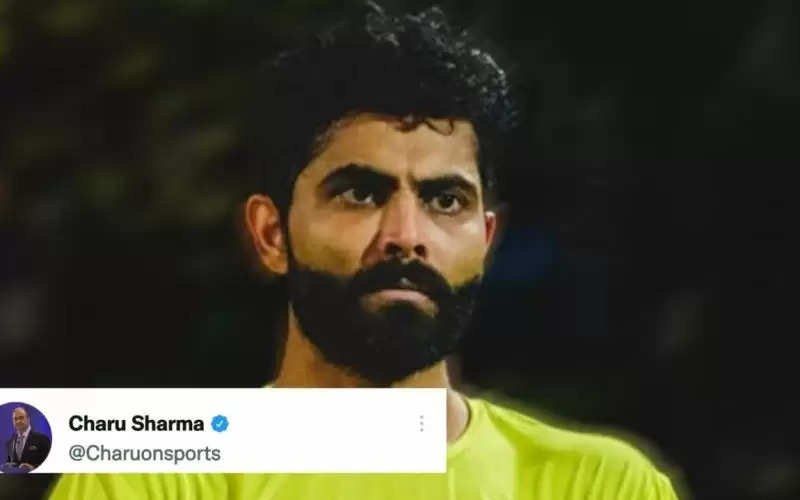 TATA IPL 2022 hasn’t been the one that Ravindra Jadeja had expected. The 33 year old was elevated to the captaincy after MS Dhoni gave up the role 2 days before the season could begin. With Chennai Super Kings having a bad season the Indian all rounder gave up his captaincy and it was given back to MS Dhoni. The entire musical chairs with the captaincy has left everyone confused especially the Chennai Super Kings fans who have seen their team have one of their worst seasons in the IPL.

Is Jadeja Unhappy after losing the captaincy?

Chennai Super Kings got their 4th win of the season when they humbled Delhi Capitals by 91 runs to go 8th in the table. Jadeja wasn’t part of the team as he was injured and he was replaced by Shivam Dube. The eyes of the world then fell on a tweet by Charu Sharma when he put up a tweet talking about the captaincy crisis at CSK. Sharma wrote “applause for Gaekwad & Conway. But did they score due to Dhoni’s return as skipper? Of course not! Though too late now for @ChennaiIPL a relieved @imjadeja can play hero again”. The reports coming out of the Jadeja camp is that he wasn’t really thrilled with the way the entire episode was handled as far as the captaincy was concerned. The tweet by Sharma was given a like by Jadeja as well.

“Applause for Gaekwad & Conway. But did they score due to Dhoni’s return as skipper? Of course not! Though too late now for @ChennaiIPL a relieved @imjadeja can play hero again.” #IPL2022 #CricketTwitter #SRHvCSK

Cracks between MSD and Jaddu?

Ravindra Jadeja has been a loyal servant of Chennai Super Kings. After MS Dhoni and Suresh Raina, he enjoys a special bond with the Chepauk faithful. Jadeja has been the go-to man for Dhoni during the middle-overs as he not only picks wickets but also stifles the runs with his penetrative bowling. A lot of ex-cricketers and experts had spoken about how Jadeja seemed pedestrian when it came to decision making. It seemed that Dhoni was still running the team as he was seen setting the field.

This latest tweet by Charu Sharma will certainly ruffle more CSK fans feathers and lots of eyebrows will be raised. One hopes CSK end the season well and can look forward to the next season in 2023, possibly with MSD still around.