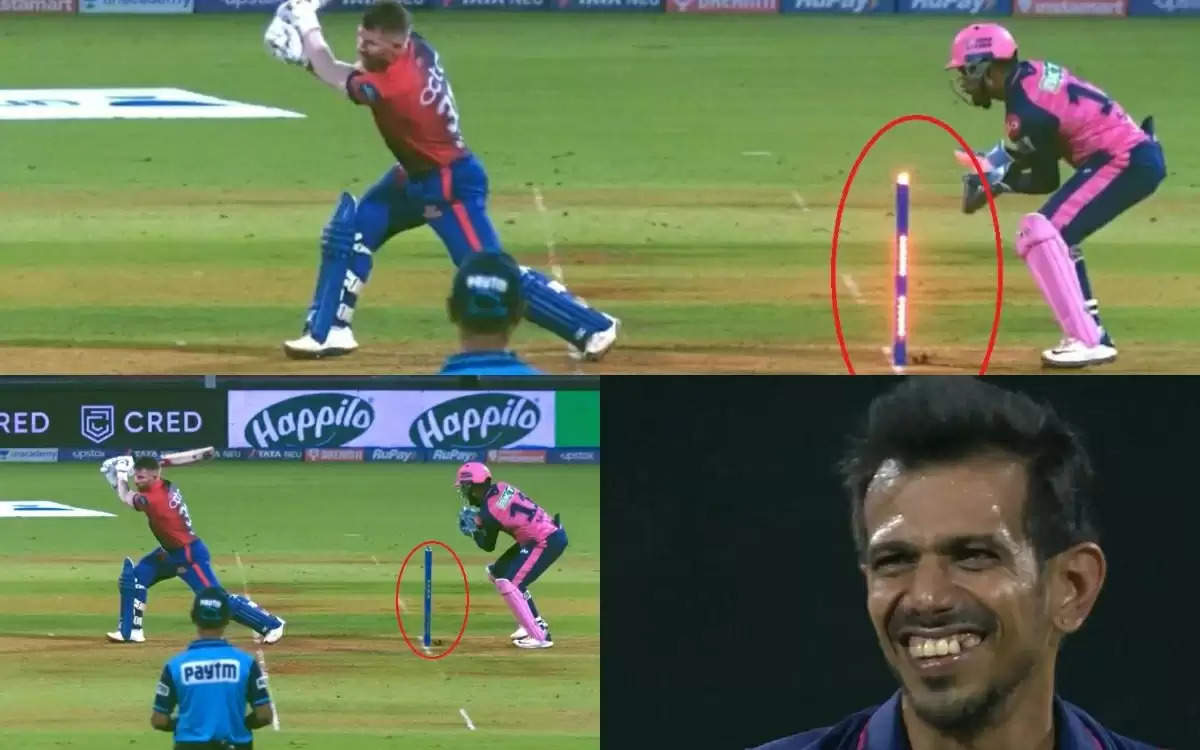 The game on Wednesday between Delhi Capitals and Rajasthan Royals was one to remember for Rishabh Pant. He exacted sweet revenge over the Sanju Samson led side from their first encounter this year. The last time these two teams met at the Wankhede Stadium, the match became infamous for the no-ball incident, which triggered an angry response from fans and the Delhi team in particular. The win over RR also meant that DC now have solidified their spot in the 5th place in the table and are 2 points behind RCB with 2 games in hand.

After the early loss of Srikar Bharat, the Australian duo of Warner and Mitchell Marsh combined to deflate the RR bowling. Early in his innings Warner survived one of the most bizzare incidents seen in a while. He first welcomed Chahal with a huge six, then next ball he was dropped by Buttler. Warner then went for a wild slog and saw the ball hit the stumps but the bails did not fall off. This shocked the batsman and every RR player on the field as well as the commentators and then fans.

Warner recounts what he told Chahal –

Post the reprieve, Warner went on to score 52 not out and reached 400 runs for the season yet again. Speaking to the host broadcaster Star Sports at the end of the game, Warner revealed what he said to Chahal “We've seen it plenty of times! (bails not being dislodged) I don't know what's with these stumps but they are so hard in the ground. I think those grooves are quite deep. I was saying to Yuzi there that sometimes, you can't play when there is no spin and sometimes, you can play when there is spin. So fortunately, it went my way that time”

Considered to have the best bowling attack in the tournament, Rajasthan Royals saw Mitchell Marsh run riot with the bat. The 30 year old Australian scored 89 from just 62 balls with 5 fours and 7 sixes to prove why he is considered one of the hottest commodities in T20 cricket right now. Warner and Marsh added 144 for the 2nd wicket to knock the stuffing out of the Royals. Chahal picked the wicket of Marsh with just 17 needed for a win to end his night with figures of 1/43 from his 4 overs.