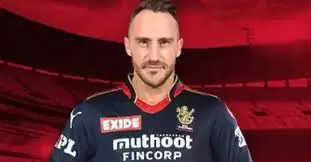 It is always a fascinating contest when CSK and RCB lock horns with each other as the southern derby is the 2nd most watched game after the El-Classico of Cricket. RCB head into the game in the 6th place after losing few games on the bounce. This will be their 11th game of the season and a loss will make matters tough as far as qualification for the final 4 is concerned. Chennai on the other hand are also walking a tight rope as they are in the 9th place and they know a loss on Wednesday spells an end to their season as well.

Faf Du Plessis speaks on the captaincy change at CSK –

Faf Du Plessis is no stranger to the dressing room of CSK and MS Dhoni. The 38 year old from South Africa began his IPL career in 2012 with CSK before playing for RPS for 2 years alongside Dhoni. Last year Du Plessis scored a match winning 86 in the final to win CSK its 4th title. When he CSK decided against retaining him, it sent shock waves and to make matters worse he was picked by arch-rivals RCB and made the captain. Speaking on the captaincy chaos at CSK, the former Yellow said to RCB TV “I’m surprised that the captaincy change happened midseason, but I was also surprised at the way it happened the way before the season. So, it is like two surprises canceling each other out. Obviously, there’s no secret that when MS is there and he is the captain, he does get the best out of the players, and that has been a big part of CSK’s success”

RCB have work cut out for them in the next few games as they have lot to do when it comes to qualification for the next round. They have to win all their games and hope results go their way from the other teams in contention. RCB came into the new season with a lot of promise but their inconsistency has seen them slip down the table. Ahead of the game against CSK, the RCB skipper said “Out of the last three games, two games we were not at the best of our ability. And the last game I think we played some really good cricket, but we were up against a team that seized the small moments. Usually, such moments generally falls to the team in good form”