Four reasons why Delhi Capitals can dominate IPL for the next decade- powered by SKY247.com 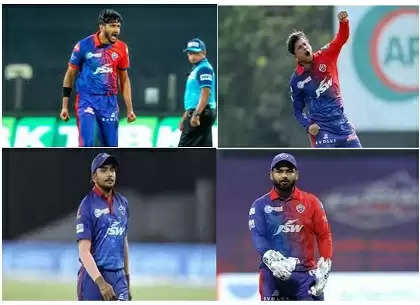 Ever since the inception of the Indian Premier League, the podium has seen two teams dominate with its presence. Mumbai Indians with five titles and Chennai Super Kings with 4 titles have been right at the top of the game for years. Apart from Kolkata Knight Riders who threatened to upset the apple cart, none of the other franchise’s have come close to become the behemoths both Mumbai and Chennai are. This year both the seasoned heavyweights have under-performed, with Mumbai Indians already out at the half way stage. Chennai on the other hand are on the brink of Elimination after a poor run this year. Delhi Capitals on the other hand have a youthful side who can go on to dominate the IPL. Here we look at the four reasons why Delhi could become the IPL behemoth for a decade

When you have a captain who is aged 24 leading an IPL side, rest assured Delhi can look forward to Pant being a major player for years to come. Delhi have assembled a good bunch of young players in Prithvi Shaw (22), Sarfaraz Khan (24), Khaleel Ahmed (24), Lalit Yadav (25) Yash Dhull (19) and Vicky Ostwal (19). None of the other teams wear such a young look. While Dhull and Ostwal are yet to get a look-in, the likes of Shaw and Khaleel are the main players for Rishabh Pant. Sarfaraz Khan is yet to come into his own but a player with over 1000 runs in the Ranji trophy for the last 2 campaigns (2022 season is yet to finish) certainly has class and talent.

Firepower in the middle order –

One of the biggest failures for Delhi in the previous seasons was the lack of a genuine big hitter. With Rovman Powell in the side, Delhi could do with Powell what Mumbai Indians did with Kieron Pollard. The Jamaican showed his class with a 35 ball 67 in the game against SRH. Powell could certainly become the X-Factor for Delhi like what Pollard and Russell are to their sides. Also added to the fact that Pant bats in the middle-order is going to give a lot of teams sleepless nights. The DC captain has the ability to take the opposition to the cleaners and change the match on his own. Do not forget Lalit Yadav and Axar Patel who won the game against Mumbai with their amazing partnership when DC were down in the dumps to pull of an unlikely win in their first games of the season.

Thjs year DC have perhaps the best mix of fast bowlers. In terms of variation they have the Bangladeshi Mustafizur Rahman who is leading the bowling attack alongside the Indian pacer Khaleel Ahmed. Delhi bought Khaleel from under the noses of Mumbai and the left arm seamer has proved his worth. He not only has picked key wickets but has been steady and bowled with good pace and bounce. Then they have the South African Anrich Nortje who can bowl over 150 KPH. In the bench they have two youngsters in Lungi Ngidi who is quick in his own right as well the Indian pace sensation Kamlesh Nagarkotti.

One spinner away from having the perfect and balanced attack –

Kuldeep Yadav was a bowler who had a the eyes of the world on him, and a year of spending time on the bench seems to have made him hungry. This year Yadav has found his rhythm and is back to his wicket taking ways. He has enjoyed the confidence of his skipper who has given him the ball when he has found himself in a soup. Along with Yadav they also have Axar Patel who keeps things tidy in the middle overs and the part time off spin of Lalit Yadav has come in more than handy. Delhi though are one good spinner away from having the perfect balanced attack and if they can go into the next Mini-Auctions next year, they will be a force to be reckoned with.

If Delhi can keep these core of players and not chop and change like they always do, then it is going to help the Capitals in the long run. The owners of DC need to keep faith and patience in the lot they have as each and everyone is a match-winner. The wait for IPL title may be getting longer, but the wait is sure to end sooner than later.

SKY247.com is bringing the excitement of TATA IPL 2022 to the fans at their fingertips. SKY247.com is one of the fastest growing sports brand in the world which has found a lot of following amongst the cricket fans worldwide. If  you want to show your knowledge and be part of the fast pace action of IPL, then head to SKY247.com and make your predictions. The Brand has been associated with the non stop action frenzy T10 format with the Abu Dhabi T-10 tourney, as well their association with the PSL in 2021 and the T20 series between Pakistan and South Africa. To make your predictions during the TATA IPL 2022 season then head to SKY247.com