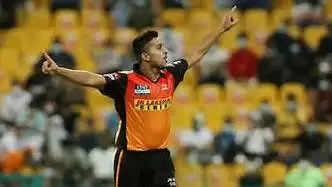 TATA IPL 2022 has seen some of the unheralded Indian names come to the fore and make a strong statement. The talent available in the country has now sent the fans into raptures with the pace bowling department in particular. Last year towards the end of TATA IPL, the world witnessed the emerging talents of Umran Malik. The 22 year old turned everyone’s head by bowling above 150 KPH on a consistent basis. This year the youngster was the fast bowler till he was overtaken by Lockie Ferguson.

Rajasthan Royals this year have unearthed yet another fast bowler with the ability to bowl quick. The bowler in question is 25 year old Kuldeep Sen from Madhya Pradesh who has turned everyone’s head with his effortless pace bowling. In the game against RCB on Tuesday he clocked 147 KPH which has been the fastest he has bowled so far. in the post game interview with Riyan Parag , the fast bowler from MP said “150 KMPH is on the way, I am somewhere around it right now. During the first 3 overs, I was speaking to Sanju Samson. He told me that it was not easy to score runs on this wicket. Everytime I came to bowl, I thought of hitting the hard lengths” 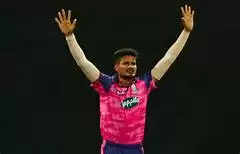 Former West Indian great Brian Lara is in India as the batting coach of Sunrisers Hyderabad. The soon to be 53 year old was in full praise for the talents of Umran Malik who has been the best uncapped bowler on view so far. Lara who has seen some of the finest fast bowlers both during his playing days and after it, had words of praise for the 22 year old. Lara said “Umran Malik reminds me a lot about Fiedel Edwards when he first started, a lot of pace and I hope that he understands it as he goes into international cricket, which I think he'll eventually play. In the IPL, a lot of batsmen get accustomed to playing sheer pace, so I hope that he adds a little bit more to his armoury later on. He's a quick learner in the nets, he's willing to learn and it's just awesome to see India has a pacer of that calibre, it's just tremendous” 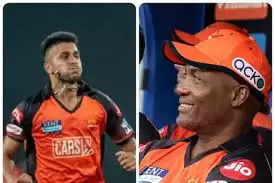