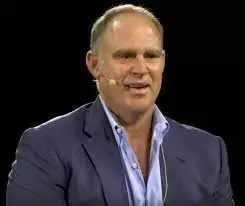 TATA IPL 2022 has been a unusual one for many players and teams. This year the league has grown into ten team format with Gujarat and Lucknow as the two new teams. Both the new teams under Hardik Pandya and KL Rahul have done well so far. the usual favorites though Chennai Super Kings and Mumbai Indians are down in the dumps. While CSK have a tiny flickering hope to go into the final 4, mumbai indians became the first team to be eliminated from the race. One of the biggest causes of worry is the form of Virat Kohli with the bat.

Sunday was a sad day for Kohli as he fell for a first ball duck for the 3rd time this season. It was also his 2nd golden duck against SRH, prior to this he had fallen for a golden duck just thrice in his career. This had prompted many big names to come out and question the mental space of Kohli as he is struggling to put runs on the board. Harsha Bhogle on commentary remarked “Ravi Shastri suggested Kohli take a break”. This irked Hayden who said “does he say the same about Rohit Sharma? I mean these guys play cricket all the time. These tournaments come around so quickly, you get yourself into a mental space. Kohli has been brilliant at it for so many years”.

Season to forget for Kohli –

With 216 runs from 12 games and an average under 20, this has been Kohli’s worst ever IPL since the start of the league in 2008. The fans still remember his 974 run season in 2016 when he struck 4 centuries and was the player of the season. Kohli was seemingly down and out as the cameras caught him disturbed before he got a hug from Sanjay Bangar. The former India captain now has to work his way back into form after India has a lot of cricket coming up. The World T20 later this year would want a fit and prime Kohli as India seek an end to the trophy drought.
Click on the link to get the real time cricket updates, news and match score https://t.me/+d_XknWYMHtY0MzJl