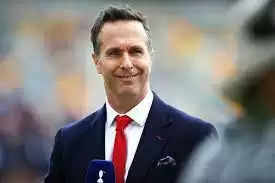 There is one thing that binds, Rohit Sharma, Virat Kohli and Ravindra Jadeja. Not only are they the best players for India and in world cricket. The trio are also having one of the worst ever seasons of TATA IPL 2022. Ravindra Jadeja who was on the top of the world after being named the top all rounder of the world, has had a season which can be termed personally dismal at best. Jadeja who was named the captain of the side before the start of TATA IPL 2022, saw a poor run of results cost him the top job.

The CSK fans were given a huge jolt when Ravindra Jadeja was ruled out of the tournament due to an injury. It was later revealed that Jadeja had suffered an injured ribs during the game against RCB. Earlier on Wednesday it came to light that Ravindra Jadeja had been unfollowed by Chennai Super Kings Instagram handle. The social media activity was a curious one as earlier on Tuesday, Jadeja had liked a tweet by Charu Sharma who had spoken out about the captaincy chaos at CSK.

Former England captain Michael Vaughan has been making his opinion known about the TATA IPL this year just like every year. The former England captain in a chat with leading cricket website Cricbuzz said that he feels the relationship between CSK and Jadeja is at end game. Vaughan said “There has to be a question mark on Jadeja's position in Chennai going forward. If he has had a bit of a fall out because of the captaincy, whether he is injured, we'll have to wait and see what that is. But it might be coming to end... Jadeja at Chennai. A change might be good for both the player and franchise”

Is Jadeja really injured or was it the Bio-Bubble or more to meet the eye?

Once the news came out that Jadeja was indeed out of the tournament, the CSK team were quick to post a statement about the status of  Jadeja. CSK’s statement read “He was under observation and based on medical advice he has been ruled out for the rest of the IPL season”. Michael Vaughan though thinks there is more to meet the eye than what is being reported. The former England captain said “I don't know about his injury. Don't know how much he has been affected by the captaincy. I'm not too sure how much he's been affected by bubble life. You got to remember that these players in a bubble and for some players, it's just driving them mad. They just can't cope with the bubble, being restricted”