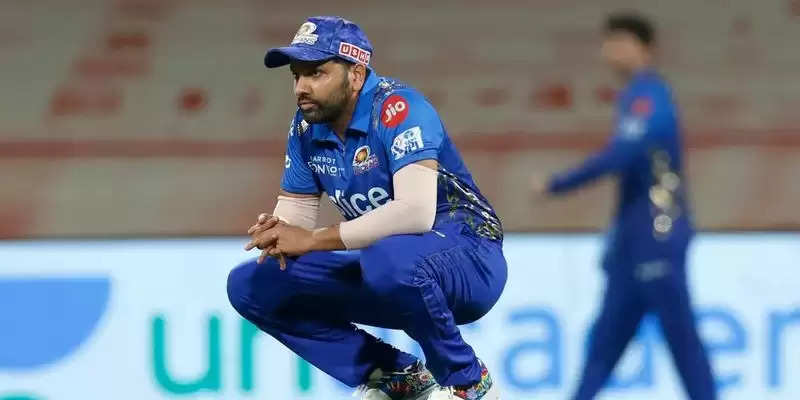 TATA IPL 2022 has been a dismal one for Mumbai after they were knocked out of the tournament. The 5 time champs have played 8 games so far and have lost each and everyone of them. Their 9th game of the season was against Rajasthan Royals on Saturday on a day when Rohit Sharma turned 35. The Mumbai Indians won the toss and chose to bowl first on a wicket which looked pretty sluggish. Mumbai made two changes bringing in Tim David for Dewald Brevis, while giving a debut to Kumar Kartikeya Singh who came in for Jaydev Unadkat.

Tim David was signed by Mumbai for a whopping 8 crores but hasn’t really had a chance to show his wares this year. The Singapore born Australian who is known for his big hitting and right arm medium pacers was the subject of criticism from fans. The 25 year old was positioned in the deep boundary to the off side when he missed sitter off Daniel Sams. The incident happened in the 3rd over when Devdutt Padikkal tried to cut Daniel Sams over the field. The ball went at a good speed and height to David who saw the ball graze his hand. To add insult to injury the ball sped to the boundary for a four.

Nothing has gone well for Mumbai this which has been the most dismal for nearly a decade. The last time they finished out of the play off places was in 2018, and this is the first time they are so low in the table. Their worst finish so far has been the 7th place finish ibn 2009 IPL which was held in South Africa. Once the catch by David went down, Mumbai Indians fans couldn’t control their temper and took to twitter to vent their ire. Every fan tweeted out the disgust at the drop of a simple catch and called out the Mumbai Indians management for buying Tim David. You can see the tweets by fans embedded below.

Tim David should be banned from Cricket immediately and those MI fans who wanted him in the team should be removed from twitter as a safety precaution @pksachinist bhaiya I m rit??