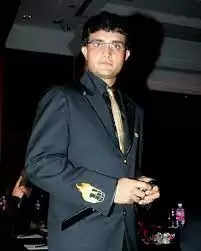 We are officially into the month of May, as this brings about the business end of the TATA IPL 2022. The tournament has been one crazy affair so far with the likes of Mumbai Indians and Chennai Super Kings at the bottom of the table. The battle between the bat and ball has been even with every game being an exciting affair. What has made the games more exciting is the participation of the fans, after a lull of two years. A lot of young faces have come to the fore and made their presence felt this year during this season.

Former India skipper and current BCCI head Sourav Ganguly was a player and a captain during the formative years of the league. This year a lot of young players have come out and made their name in the tournament, with the likes of Ayush Badoni, Tilak Varma, Mohsin Khan. According to Sourav Ganguly it is SRH pacer Umran Malik who has been the ‘Face of the TATA IPL 2022’. 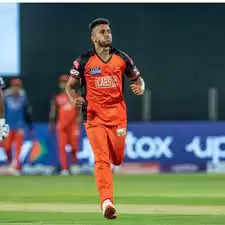 Tournament to remember so far –

Umran Malik made all the headlines when he was drafted as a replacement player for Natarajan during the UAE leg of IPL last year. He grabbed the attention of the fans worldwide with the ability to bowl quick. This year he has bowled with fire and pace and bowled at nearly 154 KPH, when he bowled 153.6 which was the fastest ball of the season before Lockie Ferguson went past it. The 22 year old from Jammu and Kashmir has played 8 games for SRH so far. in the first 4 games he had just picked 3 wickets but in the next 4 games he picked 12 wickets. This included his robust 5/25 against Gujarat Titans. Malik has also won the fastest ball of the game 8 times in a row.

SRH are currently playing CSK and a win for the men in orange will take them to the top 3 in the table. SRH began with 2 losses in a row before they won 5 games in a row with their 3rd loss coming in their previous encounter against GT. SRH will hope to beat CSK once again and go on yet another winning spree which could get their 2nd IPL title after 6 years.