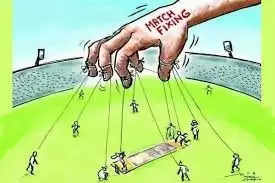 The ugly head of Match fixing has reared it's head again. The Central Bureau of Investigation yesterday has arrested three men for alleged involvement in match fixing. The men were working on influencing the outcome of the games based on intel and inputs received from Pakistan. This incident has now opened a can of worms and there has been mass hysteria amongst the fans. Social media was abuzz yesterday once the news broke and the fans on twitter yesterday were bringing back old videos and matches which seemed dicey.

Three matches under scanner for allegedly being fixed-

The whole incident which happened was in 2019 and there are three matches which are allegedly under scanner. Two matches feature Sunrisers Hyderabad and one match features Rajasthan Royals. The first game is the clash between RR and KKR. It was the 21st game of the season and RR had scored 139 runs which was chased down by KKR with just 2 wickets down. The curious part of the game was RR scored these runs with just 3 wickets down.

Mumbai Indians under the watch too?

Mumbai Indians win the title in 2019 to record their 4th title triumph. The second game in question was the famous game when Alzzari Joseph picked 6/12 to skittle SRH out for mere 96. This was the 19th game of the tournament and the Mumbai Indians were restricted to just 136 on the board. The third game which is under watch is the game between DC and SRH. The 30th game of IPL 2019 was won by the shreyas Iyer led side.