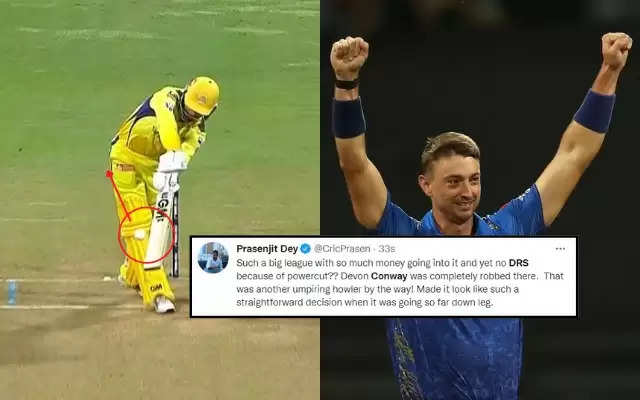 Thursday’s game between Chennai and Mumbai in normal circumstances would have been a cracker of a contest. Dubbed the El-Classico of cricket, the match between the two giants is now a mere formality. While Chennai are still on a wing and prayer for qualification into the final four, Mumbai are already out of the reckoning with an early exit in the tournament. Despite not much being at stake, the game has a different life of its own and the match has so far lived up to its expectations.

Mumbai won the toss and elected to bowl first as a noisy Wankhede Stadium was happy to see their favorite rivalry one last time this season. The very second ball of the game saw Devon Conway get struck on the pads. The umpire was quick to lift his finger and the Kiwi batsman was walking back quizzically. The batsman couldn’t opt to go for a review because there was no power supply just before the toss could take place. The entire CSK camp especially the dressing room was in shock. The Mumbai fans were delirious with their joy as Conway as the man in form. 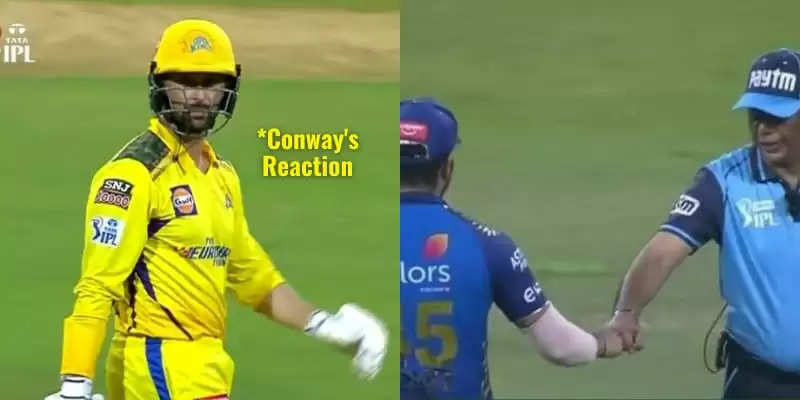 Post the fall of Conway, the left arm seam of Daniel Sams got Moeen Ali for a duck as well. After taking a fifer in the last game, Bumrah got Uthappa LBW for 1 who too was looking for a review. Ruturaj Gaikwad became Sams 3rd wicket of the day, and fellow Australian Meredith sent back Rayudu for 10 to have CSK at 29 for 5. It was soon 39 for 6 when Shivam Dube was caught behind off Meredith for 10. Bravo and Dhoni added 39 for the 7th wicket before Bravo spooned an easy catch of Kartikeya Singh to Tilak Varma for 12. The rest of the CSK batting folded with Dhoni on 36 not out off 33 balls with 4 fours and 2 sixes.

Post the wicket of Conway, the anger of the CSK fans was in full view as they voiced their opinions about being robbed of a wicket. A loss for CSK would put them out of the tournament. You can read the tweets embedded below.