Watch! David Warner gets angry at Nitin Menon as twitter loses its cool with the umpiring 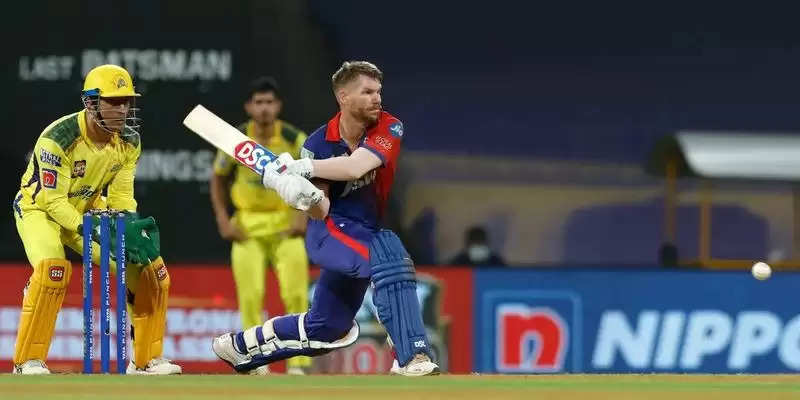 TATA IPL is the biggest domestic T20 league in the world, but the standard of umpiring has been abysmal and to call it that is an understatement. Every match has seen some shocking decisions from the umpires. Delhi Capitals were at the receiving end of one of the worst decisions when Rovman Powell wasn’t given a no-ball during the game against Rajasthan Royals. What followed were ugly scenes as Rishabh Pant called back his players and Praveen Amre rushing on to the field to demonstrate his protests.

38 year old Nitin Menon is in the center of controversy yet again, after the dismissal of David Warner yesterday. The Australian who is in prime form had scored 92 not out against SRH in the last game. He looked to continue the same form on Sunday against CSK who had posted 208 on the board. It was the 5th over of the innings as Maheesh Theekshana was bowling and the first ball was smacked for four. The next ball Warner tried a switch hit and the ball hit him on his thighs. The CSK team went up for appeal and Nitin Menon ruled it out, Warner looked confident thinking the ball is going to miss the stumps. Much to his shock though, the decision stayed as it said Umpires call. More than half the ball was missing the stumps and Warner totally lost his cool when he stared at Nitin Menon.

The wicket of Warner totally changed the dynamics of the game as he was the batter in form and could do serious damage to the CSK bowlers. Few of the fans felt that David Warner was out and his reaction to the umpire was unwarranted. While other fans felt that the umpiring was poor and David Warner was wrongly given out by Nitin Menon. While one fan called it unfortunate, another fan took a sarcastic route and said that the love affair between Nitin Menon and Delhi Capitals is continuing to write a new chapter each day.