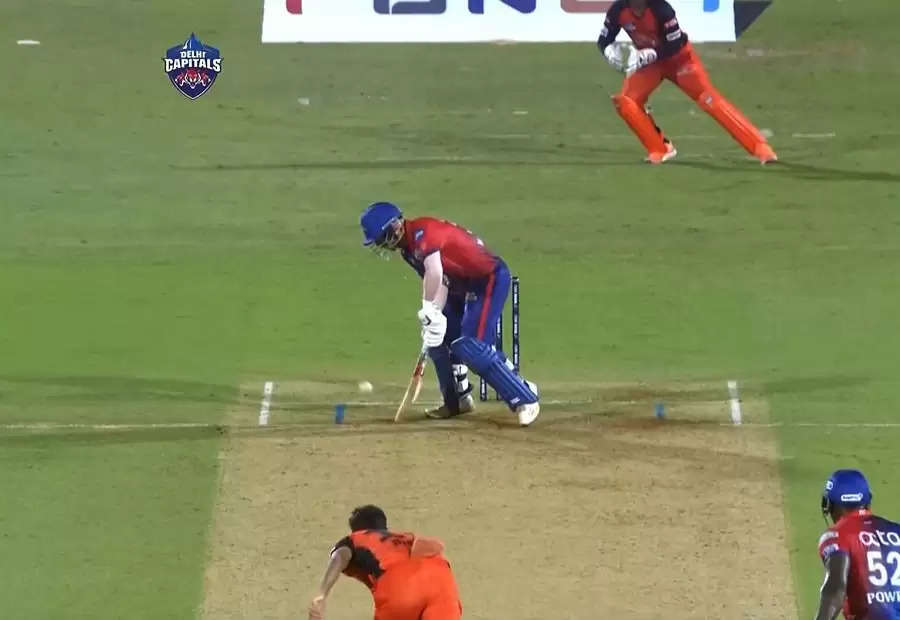 It was the 50th game of the TATA IPL 2022 as Delhi Capitals took on Sunrisers Hyderabad at the Brabourne Stadium. The eyes of the world was on the game as both teams were in with a shout to reach the play-offs. But the larger attention was drawn to one man and that was David Warner. The Australian who was the SRH captain for a long time was replaced as the captain and even dropped from the side. It was one of the games where one player overshadowed the entire game.

David Warner plays the best shot of the IPL –

David Warner seemed like a man on a mission when he came out to bat versus his former side SRH. The left hander from New South Wales had point to prove and to make and he did in the grandest style possible. The moment of the game came when Warner possibly played perhaps what the commentators called the shot of the entire IPL 2022 season. The incident happened in the first ball of the 19th over with Bhuvneshwar Kumar bowling to David Warner. The Australian first wanted to play a switch hit before he saw the ball was bowled way outside his conventional leg stump. Warner then jammed the bat down to play a perfect right hander’s jammed cut shot to see the ball race to the boundary for four runs.

Winning the toss and batting first, the Delhi Capitals team seemed in an attacking mindset right from the word go. After the early fall of Mandeep Singh who replaced Shaw at the top for 0, Marsh and Warner added 37. Marsh was out for 10 off 7 and this got DC skipper Pant to the crease and the two left handers then put their head down to add 48 runs in quick time. After hitting Gopal for 3 sixes and a four, Pant got a rank full toss and he bottom edged it into his stumps to be bowled for 26 off 16 balls. This is when the carnage began as Powell began slow but once he got his eye in, he was a terror for SRH. The pair added an unbeaten 123 run stand as Warner was not out on 92 off 58 balls with 12 fours and 3 sixes. Powell scored a brutal 67 off 35 balls with 3 fours and 6 sixes to help DC reach 207.