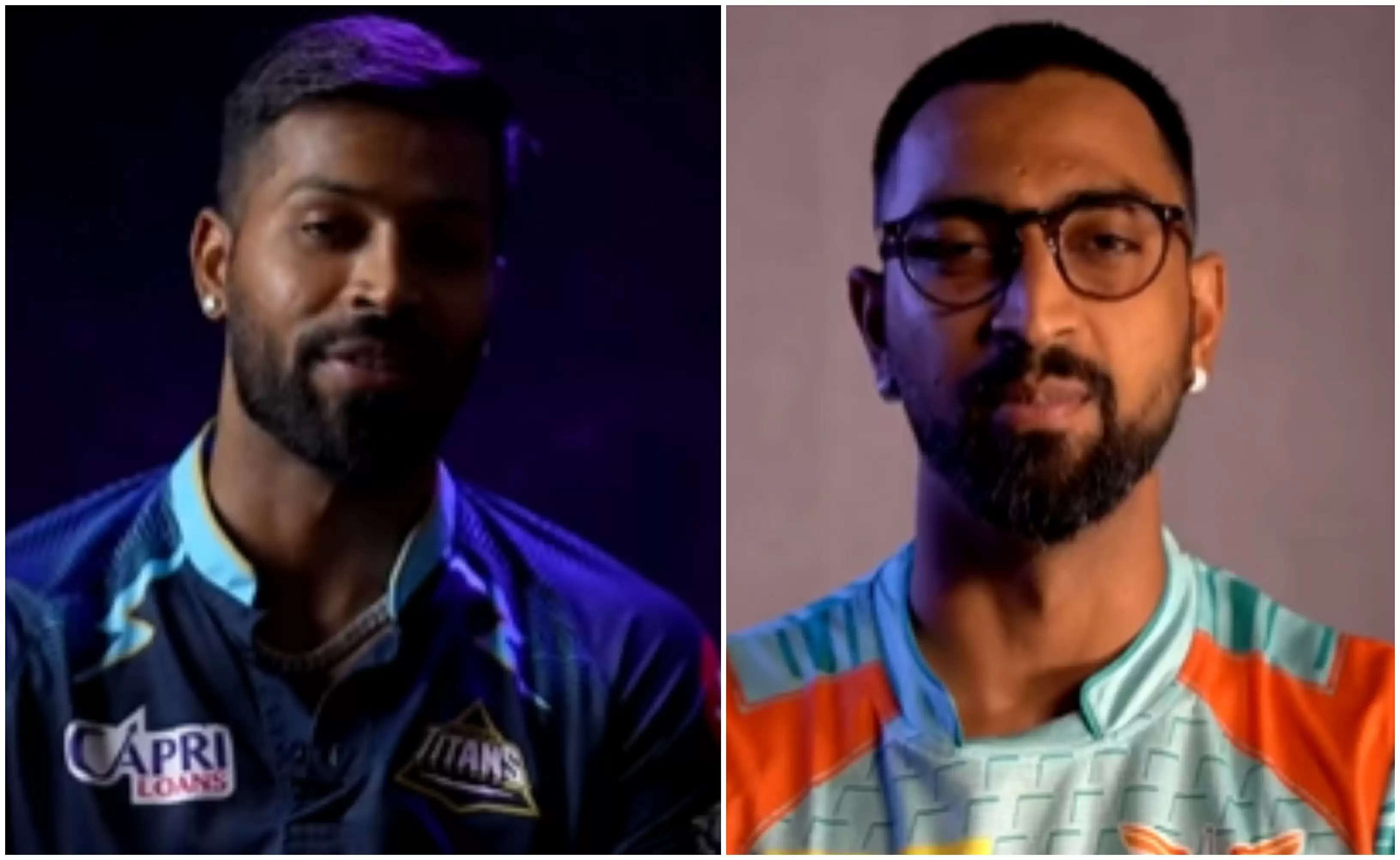 TATA IPL 2022 will witness the battle of the brothers as Hardik Pandya led Gujarat Titans take on Lucknow Super Giants. This will be the 2nd time this season the brothers are playing against each other. The earlier encounter saw Krunal Pandya get the wicket of his younger brother. Both the Pandya’s share a special bond as their journey is filled with struggle and lots of hardship. They both have made a name for themselves after years of struggle and finally managed to play for India together as well as winning the IPL together.

Gujarat Titans video about the bond between the brothers –

Hardik Pandya began his IPL journey when he was picked as an unknown 22 year old by Mumbai Indians. The younger Pandya brother played a significant part in the Title triumph that year. A year later Krunal was picked up by the Mumbai Indians and the two brothers combined to win 3 more titles for the Rohit Sharma led side. Both were released by Mumbai Indians, which led to Hardik being picked by the Gujarat Titans and was made the skipper. Krunal was picked by Lucknow Super Giants and has been performing well for the KL Rahul led side with the bat and ball. Gujarat Titans posted a special video of the two brothers on twitter which has taken the social media by storm. The 3 minute 16 second long video is about the two brothers talking about their journey.

Sharing mutual love and respect for each other and their parents –

Both the brothers were seen speaking about their childhood and what one means to the other. Hardik even claimed in jest he was “Too cool for school” after Krunal had mentioned about how both the brothers had bunked their school to play cricket. Krunal said how he used to intervene as Hardik used to get beaten up and Hardik said that his older brother used to beat him up too, but he never hit back because of respect for his elder brother. The one common thing both the brothers have is that they love and respect their parents for everything they have done for them.

Lucknow Super Giants are sitting first in the table followed by Gujarat, a win for either side not only confirms their entry into the final four, but also ensures they take the top two spots in the table. It is going to be a fascinating clash as Hardik Pandya and Krunal Pandya face off against each other and display their gamesmanship on the field of play. The Pandya household will be happy with all that the two have achieved.