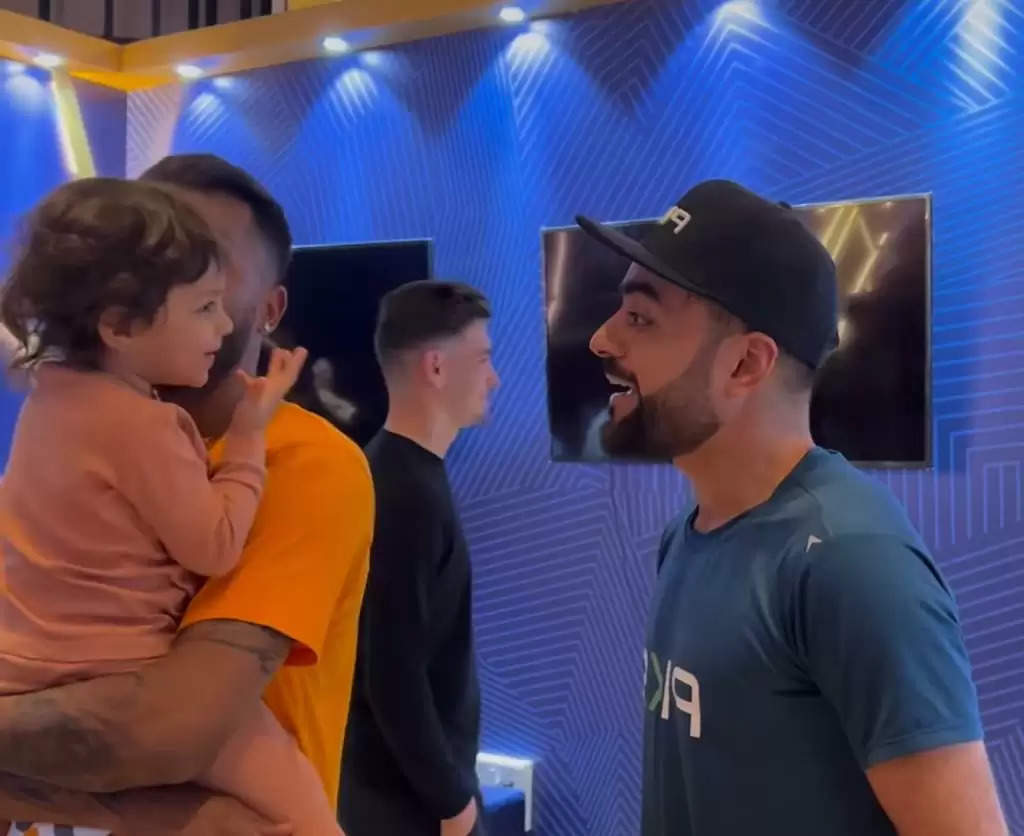 The strenuous and hectic life on the road during a season of IPL can be hard on the players. In times where the pandemic COVID -19 is still rearing its ugly head the role the family plays is very important. Many cricketers, Indian or overseas have their family with them which helps them keep their mental sanctity alive. One of the most adorable tiny tots who has caught the attention of the fans is Hardik Pandya’s son Agastya Pandya. The youngster is already making a lot of hearts melt with his innocence and playfulness.

Everything Gujarat Titans are doing this year is turning to gold, the team is on the cusp of qualification for the final 4. The Titans have played amazing brand of cricket and have lost just 2 times during the campaign so far. one of the stars of the team hasn’t been their players or even their captain, its little Agastya Pandya the son of Skipper Hardik Pandya. The youngster can be seen bonding with Afghanistan spinner Rashid Khan and even blowing a flying kiss much to the delight of the leg-spinner and also drew a chuckle from his father.

Hardik Pandya started his IPL career after being tracked by the scouting team of the men in blue and gold in 2015. He played 7 years for Mumbai and won 4 titles with them and was an integral member of the squad. After a disappointing season in 2021, Pandya brothers were let go by Mumbai Indians. Hardik was picked by Gujarat and was made the skipper of the side. IPL 2022 has seen the resurgence of Hardik Pandya not only with the bat but also with the ball. The 28 year old has been also on the captaincy front.

A win for Gujarat on Friday will move them into the final 4 of the tournament, which was denied after their loss to Punjab early this week. Hardik will hope to put one across Mumbai and make it special by not only beating his former side but also qualifying for the final 4 in the game against a side where it all started.