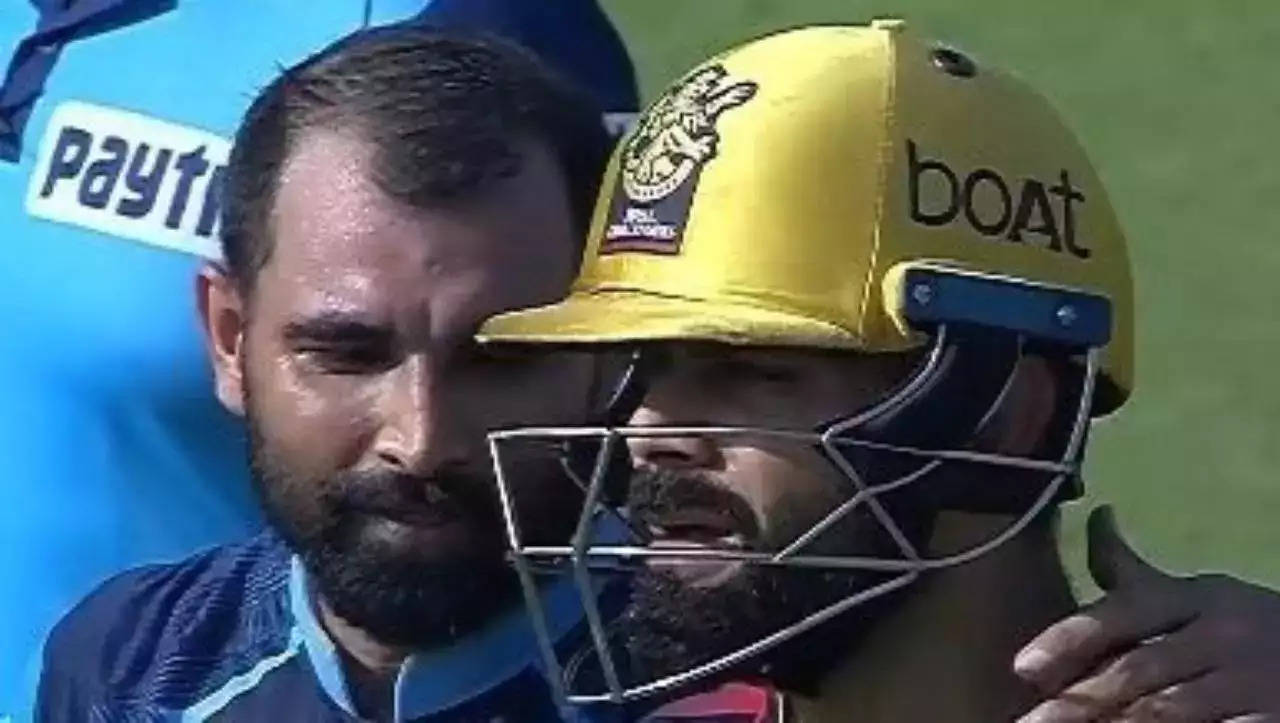 Gujarat Titans were a happy bunch yesterday after winning the game against RCB by 6 wickets. The win made sure GT stayed top of the table after Rajasthan slipped up post a loss to Mumbai Indians. It was a happy day for everyone involved with the newest franchise. The day was also special because one Virat Kohli finally found form with the bat after ages as he scored a half century and the entire world celebrated. The former Indian and RCB captain could finally smile as he showed some decent semblance of form.

Mohammad Shami has been India’s trump card cricketer and he evolved under Kohli during his captaincy reign. Shami became one of the best bowlers in the world in the test format. It was Shami who bowled the first over the day when he saw Kohli hit him for two crisp boundaries to signal his intent. Kohli and Patidar stitched a useful stand after the early fall of Faf Du Plessis. When Kohli was on 58 he made room and was bowled off a full toss from Shami. Kohli made a rueful walk back to the pavilion as he knew that he could have scored more and helped RCB reach a bigger total on the board. When Kohli was walking back he got a pat on the back from Shami.

Task cut out for RCB –

The loss on Saturday meant that are rooted at 5th in table, this was their 3rd loss in a row. Their horror run began with the loss to SRH when they were bowled out for 68, followed by a loss to RR by 29 runs. Despite scoring 170 and reducing GT to 95 for4, the RCB bowlers couldn’t complete the task as Rahul Tewatia and David miller scored 43* and 39* respectively to lead GT to a six wicket win with 3 balls to go. RCB next play CSK on Wednesday 4th May, in the return fixture followed by the game against SRH. RCB then finish their group stage games with a clash against PBKS and final game against GT. All these are tough games, with SRH and PBKS still in the hunt for a final 4 place. CSK are all but out of the race and even winning the next few games doesn’t guarantee them a spot in the final 4.

RCB have already played 10 games while DC and SRH have played just 8, Sunday will witness Delhi take on LSG, while SRH take on CSK in the late evening game. A win for SRH will take them to 3rd and a win for DC will mean RCB slide down to the 6th place.