Watch! R. Ashwin get a send-off from Mohammad Siraj and Virat Kohli as twitter reacts 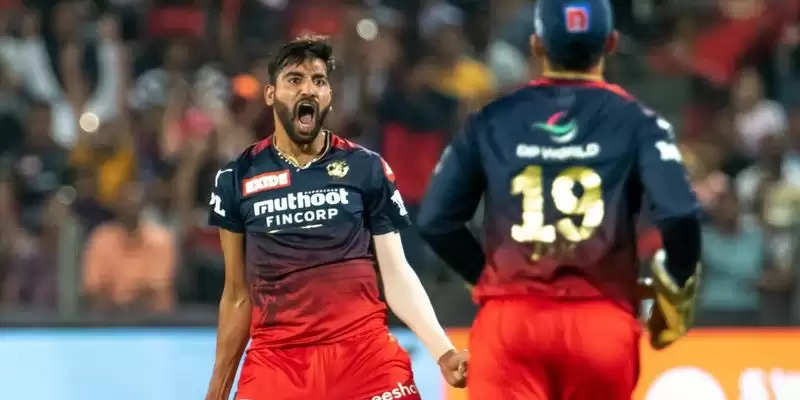 Rajasthan Royals and Royal Challengers Bangalore are facing off each other at the MCA Stadium in Pune. RCB won the toss and chose to bowl first as RR walked into the game in the 3rd place, while RCB were placed at 5th place. RCB had a howler of a game last weekend when they were bowled out for 68 against SRH. RR on the other hand are playing some of the best cricket this season with the batting and bowling departments both firing. The Sanju Samson led side look good for the play-off qualification as well as their first title win since 2008.

Ashwin gets a royal send -off

Rajasthan Royals were put into bat after RCB won the toss, as it was a special day for the reunion for former RCB stars in Devdutt Padikkal and Yuzvendra Chahal. Padikkal who scored a century for RCB against RR last year, was the first one out, LBW to Siraj for 7. This got Ravichandran Ashwin at number 3 and the Indian off-spinner went after the bowlers right from the word go. Ashwin scored 17 off 9 with 4 boundaries. That’s when Virat Kohli asked Siraj to bowl one short and the fast bowler complied. Ashwin went for a pull and Siraj held on to the caught and bowled chance. As soon as Ashwin was out he was given a send-off by Siraj and Kohli.

The normally explosive batting of RR did not come to the party today. Job Buttler failed with the bat as he scored a mere 8, Sanju Samson scored 27 before being bowled by Hasaranga. Daryl Mitchell playing his 1st game scored 24. Riyan Parag though came out at the right time when he scored his 2nd IPL half century. The youngster from Assam scored 56 off just 31 balls 3 fours and 4 sixes. This helped RR reach 144 on the board, for RCB, it was Hazlewood, Siraj and Hasaranga who picked 2 wickets each.

The fracas between Ashwin, Siraj and Kohli caught the attention of the fans and they made their voices heard on Twitter.

Siraj thinks we can't see him? Wtf are u celebrating for u got smoked by Ravichandran Ashwin 😭