Watch! Sai Sudarshan becomes the first batter to be out Hit wicket this season as the fans see red at the commentators 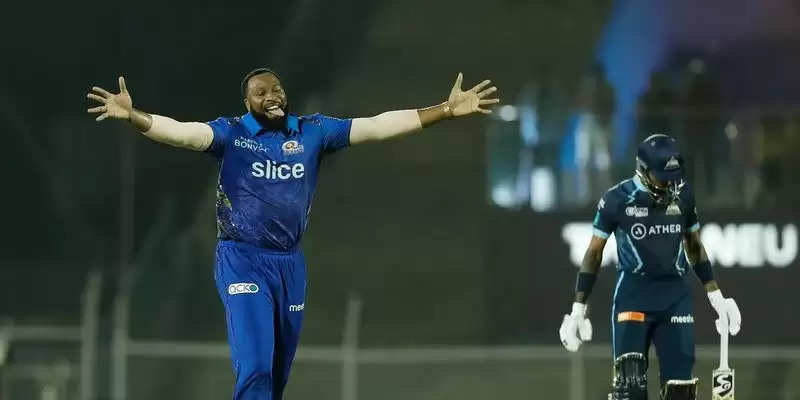 The 51st match of the TATA IPL Saw Gujarat Titans and Mumbai Indians lock horns at the Brabourne stadium on Friday. Gujarat were looking for a win and head into the play-offs as Mumbai wanted to spoil their party and delay their qualification. In the end Mumbai bowlers held their nerves as Daniel Sams happened to defend 9 runs of the last over to concede just 3 runs and give Mumbai a win. This was Mumbai’s 2n win of the season and 2nd in a row after they beat RR in their last game on 30th April.

Sai Sudarshan becomes the 1st player out Hit-wicket this season

Chasing 173 to win the Titans got a great start when Shubman Gill and Wriddhiman Saha added 106 for the first wicket. Gill was the 1st to go when he tried to hit Ashwin out of the ground only for Pollard to take the catch. Saha was out next falling to Ashwin and caught b Sams when going for a slog sweep. Post the loss of 2 quick wickets, Sudarshan and captain Pandya added 27 runs for the 3rd wicket. That’s when facing the last ball of the 16th over with 35 needed from 25, Sai Sudarshan was out Hit wicket to Pollard. The Mumbai team were suddenly back in the game after once it seemed that GT would run away with the win.

Once Sai Sudarshan fell at a pivotal moment of the game, the twitter fans were quick to talk about the dismissal. Many of the fans sympathized with the batter for becoming out in such a manner. While a few fans did not see the lighter side as they had a go at the commentators for laughing. The commentators in question were Pommie Mbangwa and Deep Das Gupta and one could hear the chuckles from back of the box after the youngster fell for 24 off 14 balls with a four and a six.

The loss meant that GT now will have to wait for their next game which is against LSG on Tuesday to wait for their qualification to the next round. A loss on Tuesday will mean that they aren’t guaranteed to finish number 1 as LSG has a chance to dislodge them with the game against PBKS on Saturday afternoon.