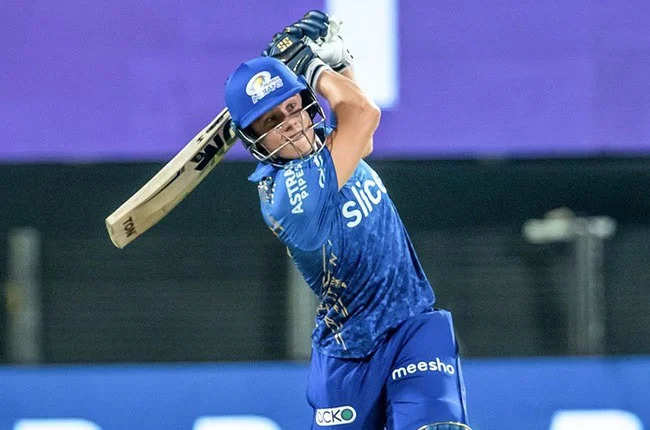 Mumbai Indians have endured their worst ever season so far with 8 losses and a single win to be placed at the 10th place. This is the first time they have been placed so low in the table and have already been knocked out of the tournament. The 5 time champs problems began in the IPL auctions, when they couldn’t add the right bench players as well; it coincided with their top players losing form at the wrong time. But all is not doom and gloom for the Mumbai Indians.

Mumbai Indians youngster in the radar of the national selectors –

According to the reports coming, young South African batsman Dewald Brevis could soon be seen in the Proteas senior. The 19 year old has been one of the brightest spots for Mumbai Indians this year. Brevis caught the eye of the world during the ICC under-19 world cup earlier this year. He was picked for a huge sum as his batting was similar to AB De Villiers. As per reports Brevis could be part of the South African tour of India which happens after the IPL, and also could be selected for the T20 world cup later this year in Australia.

Brevis and his IPL numbers –

After missing the first few games, Brevis was given his debut for Mumbai in the game against KKR where he scored 29. He caught the eye of the fans with his swashbuckling innings of 49 against PBKS. He hit Rahul Chahar for 4 consecutive sixes including a huge 112 meter six, which is the biggest of this season. Brevis has played 6 games for Mumbai so far and scored 124 runs. He just celebrated his 19th birthday on 29th April, and has found a huge fan following with the Mumbai fans. The INR 3 Crore youngster is touted to have a huge future in the game and also in the IPL. It is expected he will play a huge role for Mumbai Indians in the years to come.