‘He was in shock’: Ravi Shastri described the feeling of Hardik Pandaya when he was not retained by Mumbai Indians 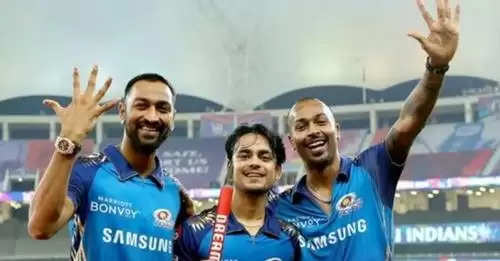 Former Indian head coach Ravi Shastri during the commentary in the India vs England ODI match at Lord’s mentioned and told about Hardik Pandaya’s feelings when he was not retained by the Mumbai Indians from where he started his IPL journey. Shastri said that he was ‘shocked’ as he was expecting the Mumbai Indians’ team management to retain him with the kind of performance he was delivering.

Pandaya brothers and wicket-keeper batter Ishan Kishan were not retained. The all-rounder player Hardik Pandaya was roped in by the new team Gujarat Titans and the player was announced as the captain, and the rest became history.

The captain led the team their maiden IPL trophy in just first attempt, he was the top run-scorer of the team with 487 runs(the most he has scored in an IPL season) in 15 matches. He did a commendable job with the bowling too by picking 8 wickets.

“It was a tough choice to make. MI had Ishan Kishan, Rohit Sharna, Jasprit Bumrah, Suryakumar Yadav, and Hardik Pandya so they had to pick three out of those five. Ishan Kishan was obviously picked in the auction," Shastri said.

Shastri added that Hardik thrives under pressure and when given added responsibility, he performs even better.

"He was picked by Gujarat Titans, where he was given the extra responsibility of captaining, which did him a world of good. When given responsibility, he's a completely different cricketer as opposed to just batting and fielding," he added.

After coming back, he is playing magnificently well. In the T20 match against England, Hardik Pandya became the first Indian in T20 cricket history to accomplish this fascinating combination with a 4-wicket haul and 51 runs with the bat.