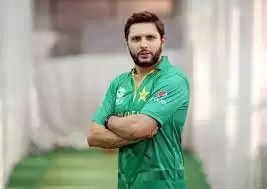 Pakistan on Thursday won the game against South Africa to keep their hopes alive for the ICC 2022 T20 World Cup. The win puts Pakistan right in contention for a place in the Semi Finals of the World Cup. The win over South Africa has given the Men in Green 4 points with one last game on Sunday against Bangladesh at Adelaide Oval. Post the win, former Pakistani captain Shahid Afridi has come out and made a huge statement about ICC.

Ever since the end of the India versus Bangladesh encounter, the controversy doesn’t seem to die down. Both the Pakistani and Bangladeshi fans have accused the ICC of siding with India. jumping into the debate, Shahid Afridi known to make outrageous and controversial comments has come up with another statement and took shots at ICC and Indian cricket and BCCI.

Former Pakistani skipper Shahid Afridi has slammed the ICC for apparently siding with the Indian team. Afridi went on to say that ICC are trying to make sure India play the semi finals of the ICC T20 World Cup. This came after the decision was taken to resume the game at Adelaide on Wednesday after there was a rain interruption during the India vs Bangladesh game. Shakib Al Hasan wasn’t happy with the decision by the umpires.

Afridi while speaking to Samaa TV said “you saw the ground how wet it was. But the ICC is inclined towards India. They want to ensure India reaches the semi-finals at any cost. The umpires were also the same who officiated India v Pakistan and will get best umpire awards”.

Will Afridi question the resumption of game on Thursday?

The irony couldn’t be lost as the game between Pakistan and South Africa too saw a rain interruption. The South African team had to chase 73 runs from 5 overs post the resumption of game and Pakistan went on to win the game. The fans on social media now are wondering if Afridi will question the umpires and ICC again?

SCG too saw a mild drizzle which stopped play for a while before the stumps were put into place. The same situation had occurred a day earlier where the Duckworth and Lewis method came into place. Despite the rain stoppage the resumption of play saw Bangladesh needing 85 runs from 54 balls with 10 wickets in hand. The Bangladeshis blew their chance with a plethora of wickets handed to the Indian bowlers on a platter.