3rd Day’s play marred with player fights during the 2nd test at Wanderers! 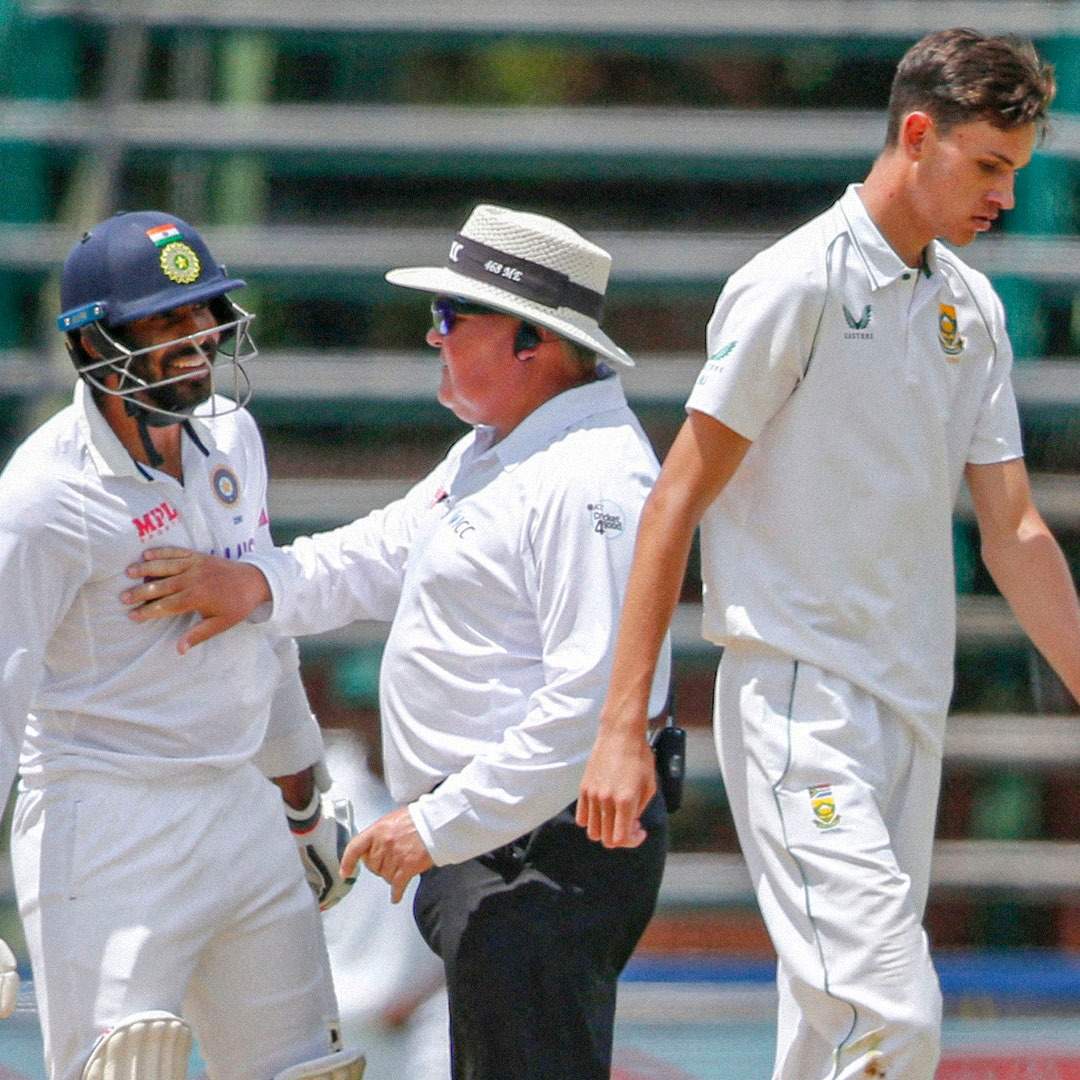 The 2nd test match between India and South Africa is at an knife’s edge. The Indian team which is 1-0 up in the 3 match series still needs 8 wickets for its 1st series win in South Africa. The home team needs 122 more runs to take match to a decider at Cape Town. The 3rd day’s play between the two sides was not only intense with bat and ball, but also some needles between the two teams.

Jasprit Bumrah is starting to prove himself as a more than capable batsman lower down the order. He has made some useful contribution with the bat in recent times. Yesterday he came out with all intent to score some runs and he faced his former Mumbai Indians team mate Marco Jansen who was bowling. The two had a go at each other when Bumrah was bowling to Jansen. The 28 year old Indian bowled a few short balls to Jansen who had some choice words for the Indian. The south African was quick to payback to the Indian, as Bumrah muttered something to Jansen and both squared off while coming together. The umpires and non-striker Vihari rushed to diffuse the situation before it could turn ugly.

I swear I remember Bumrah doing the same thing to a Mr James Anderson not too long ago.
Learn to take it kid.

Dale Steyn has his say on the issue –

Rishabh Pant came in for strong criticism when he needlessly charged Rabada and was dismissed for a three ball duck. A ball before his dismissal Rassie Van Der Dussen was seen having a go at Pant. The South African was dismissed in the 1st innings under controversial circumstances. The home-team made its displeasure known to the match referee and the 3rd umpire. Van Der Dussen seemed to have made some points speaking about his dismissal, to which Pant replied “if you have half knowledge keep your mouth shut”.

When Rassie Van Der Dussen came out to bat, the 24 year old Indian wicket keeper wasn’t going to keep quiet. Dussen re took his guard while facing Ashwin after playing 5 balls. Pant was quick to have a go at Der Dussen and said “Batting at number 4 for his team and yet forgets to take a proper stance” the constant chirps from Pant also allowed members of the team to chime in.

The 4th day promises to be a cracker of a day as the Indian bowlers will want to dislodge Dean Elgar. The test skipper for South Africa has shown courage and patience to grind out the Indian bowlers and put his team just 122 runs away from a famous and unlikely win. A win at wanderers for the home team would not only tie the series but also hand India their 1st loss at this venue.