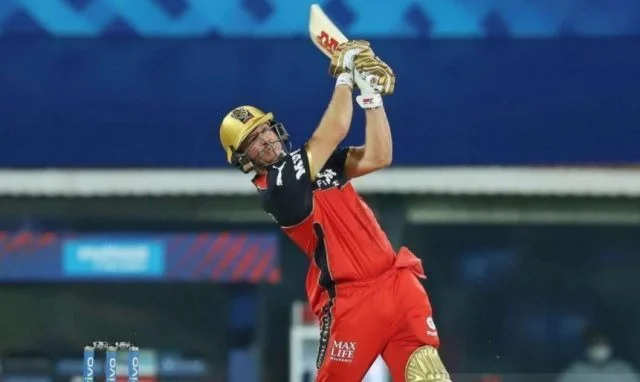 IPL over the years has given Indian fans a lot of new heroes be it Indian players or foreign players. The foreign players too for their part love the Indian fans and the admiration they show for the players. Players like David Warner, AB De Villiers, Glenn Maxwell and Lasith Malinga are some of the players who have evoked a crazy fan following for themselves in India. The craze for AB De Villiers in Bengaluru is on a different level as the South African calls Bengaluru his 2nd home.

Recently a fan going by the name ABD Vidoes posted a short 2 minute video to show AB De Villiers bat left handed. Most of the shots showed ABD playing his patented and world famous 360 degree shots. The compilation of the videos are from the Indian Premier League. This video caught the attention of AB De Villiers who replied to the creator of the video and said “very cool”.

TATA IPL 2022 edition was the first time that AB De Villiers hasn’t played in the biggest T20 domestic league in the world. ABD has played for just 2 teams in Delhi and RCB during his career since 2008. Since 2011, ABD has been one of the biggest names in the league and has player lot of memorable knocks for RCB. During the IPL this year, ABD had confirmed he will be part of IPL 2023, “I am glad that Virat's confirmed it, To be honest, we haven't decided anything on it yet but I will be around the IPL next year, I am missing it, don't know in which capacity yet. I have heard that there might be some games in Bangalore next year and I would like to visit my second home and watch the full capacity Chinnaswamy stadium - I am looking forward to it”

ABD’s IPL career in a nutshell –