Axar Patel: The option to Jadeja who is slowly becoming first choice – SKY247.com 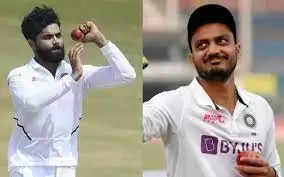 It was in the early hours on Monday morning that India and West Indies were locked in a tense stand off. A match which began at 7 PM IST was seeing action well past 330 AM in the morning. Like this author many would have stayed to watch as at one point it looked like a win for West Indies. The only stumbling block was a man named Axar Patel, as the 28 year swung his bat, he also swung the fortunes of the Indian team and led it to a win. In the background one could see Jadeja all smiles but the man from Saurashtra could see what every average Indian fan saw. The replacement on the horizon was here.

Axar Patel’s moment of reckoning in the whites –

Ravindra Jadeja had injured himself during the SCG test early 2021, when Starc injured his finger. Jadeja missed the Gabba test and he had to miss the entire test series versus England at home. After a loss in the 1st test at Chennai, India got Axar Patel to debut in place of an in-effective Shahbaz Nadeem. The 2nd test at the same venue in Chennai saw, Axar Patel make a massive impression and begin with 2 wickets in his debut innings.

Carnage in test format with the ball –

The 2nd innings of the 2nd test at Chennai saw Axar Patel take a giant step as he got his first 5 wicket haul. He dismissed Root in both innings of the game and ended with 2nd innings figures of 7/100 in his debut. This was just a teaser to a magnum opus as Ahmedabad awaited the 3rd test which was a pink ball game. Patel picked 11 wickets for mere 70 runs with a figure of 6/38. More carnage followed as Patel picked 9 wickets in the final test with a 4th  five wicket haul in 6 innings. Axar Patel had picked 27 wickets in his debut test series and 5th wicket haul followed against New Zealand at Kanpur later that year.

Chipping in with the bat –

Axar Patel was not only effective with the ball, but he was also scoring crucial runs with the bat. After scoring just 12 runs with the bat in his first 2 test, he came up with a crucial 43 during the 4th test at Ahmedabad against England. His best moment with the willow came at home during the series versus New Zealand. At Kanpur, the man from Gujarat had 3 and 28, but it was the Mumbai test where he showed his class. Patel showed patience to score 128 ball 52 his first 50 in tests. In the 2nd innings he pulverized the Kiwi attack to score 41 not out off 26 balls with 3 fours and 4 huge sixes to enable a quick declaration and a win.

Jadeja ups his game amidst competition –

The rise of Jadeja in whites –

Jadeja made his test debut on 13th December, 2012 at Nagpur during the 4th and final test versus England. Since then it has taken him nearly a decade to find his footing in the whites, as Jadeja has shown emergence with the bat with 2 centuries in 3 games for India but his bowling has struggled in then process. While he has picked 5 wicket haul this year, he has just picked 5 wickets more in the next few games for India. 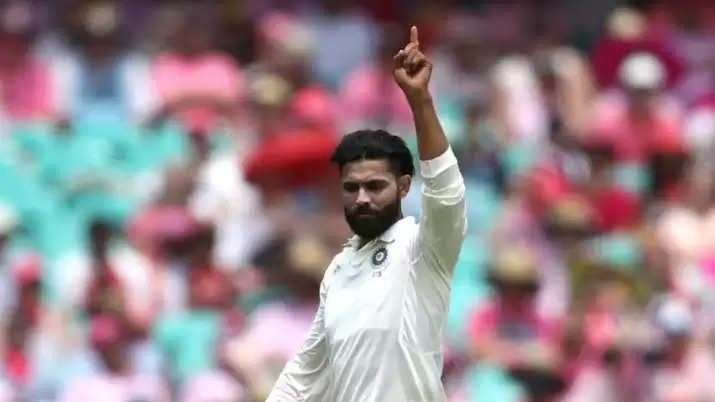 Ravindra Jadeja since 2019 has just played 12 ODI games for India, as he did not feature in any ODI during the 2021 calendar year. In the 12 games he has scored 259 runs and picked mere 8 wickets with the ball. Jadeja was expected to make a huge contribution during the current tour of West Indies, but an injury yet again put paid to the hopes.

The last time when Axar Patel played an ODI he was 23 years old and it was way back in 2017. He had played an ODI during the home series against New Zealand at Green Park in Kanpur. In the 2 ODIs so far, Patel has scored 85 runs with the bat and picked a single wicket. What has stood out is his batting at number 8 to show the depth of Indian batting. Patel scored 64 off 35 balls to win the game for India and the series against West Indies.

Axar Patel after years of being in the shadows of his Gujarati compatriot, Axar Patel is showing glimpses of his all round ability with the bat and ball. the constant injuries to Jadeja hasn’t helped his cause as well and Axar Patel is making his name heard loud and clear. This competition is not only good for Indian cricket but also gives the selectors a handy option. With 2 huge world cups ahead, the Indian fans and the selectors would have a keen eye on the intriguing battle between Jadeja and Patel.

SKY247.com is bringing the excitement of the Indian international cricket season to the fans fingertips after the successful TATA IPL 2022 season. SKY247.com is one of the fastest growing sports brands in the world which has found a lot of following amongst cricket fans worldwide. If  you want to show your knowledge and be part of the fast paced action of anything to do with Indian cricket then head to SKY247.com and make your predictions. The Brand has been associated with the non stop action frenzy T10 format with the Abu Dhabi T-10 tourney, as well their association with the PSL in 2021 and the T20 series between Pakistan and South Africa and TATA IPL 2022 in recent times. To make your predictions during the current international cricket season head to SKY247.com.