BCCI miffed with Ravindra Jadeja after his latest injury episode 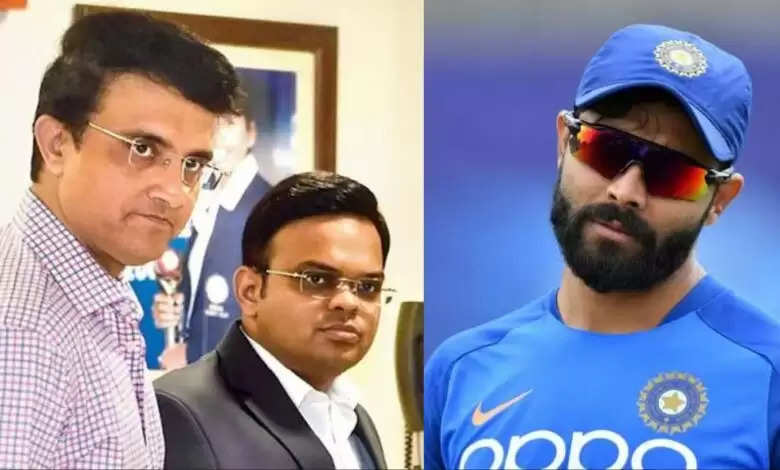 Indian cricket team will be heading back home after their failure to qualify for the Asia Cup tournament final. India began the campaign well with wins over Pakistan and Hong Kong and reach the super 4 stage with ease. In the Super 4 stage though, the team in blue led by Rohit Sharma lost both against Pakistan and Sri Lanka. When Afghanistan lost to Pakistan, the hopes of a billion Indians went up in smoke. One of the biggest losses for India was their star player Ravindra Jadeja who had got himself injured.

Ravindra Jadeja played a key role in the Indian win over Pakistan to kick off the tournament. It later came to light that, Jadeja will miss the tournament after suffering yet another injury. He was replaced by Axar Patel, and there was further misery in store as Jadeja had to undergo knee operation. This meant that not only Asia Cup but also the world cup participation of Jadeja was out of the window.

The cause for Jadeja’s injury-

Not many knew the cause of Jadeja’s injury as he has been always spoken about as the biggest and fittest players in team India. Over the last few years, Jadeja has suffered different setbacks as far as his health is concerned and missed many games for India. It is learnt the injury suffered by Jadeja was due to ski-boarding. A source in the know how said “He had to balance himself on some kind of a ski-board as part of an adventure activity – not part of the training manual at all. It was absolutely unnecessary. He slipped and twisted his knee badly, which led to a surgery,”

BCCI officials are fuming over how Ravindra Jadeja's injury could've been avoided. He slipped from the ski-board and as a result twisted his knee badly. (Reported by TOI).

Muddafal Vora a noted cricket enthusiast on twitter posted a tweet which said “BCCI officials are fuming over how Ravindra Jadeja’s injury could have been avoided. He slipped from the ski-board and as a result twisted his knee badly (reported by TOI)”. Jadeja has been in the news recently for his displeasure with the way he was treated by CSK. The latest drama has left the BCCI officials miffed at him and the way he has conducted himself with just a month away for the start of T20 world cup in Australia. Jadeja had the surgery and recently said he was about to start his Rehab, but a place in the world cup squad is now out of question.