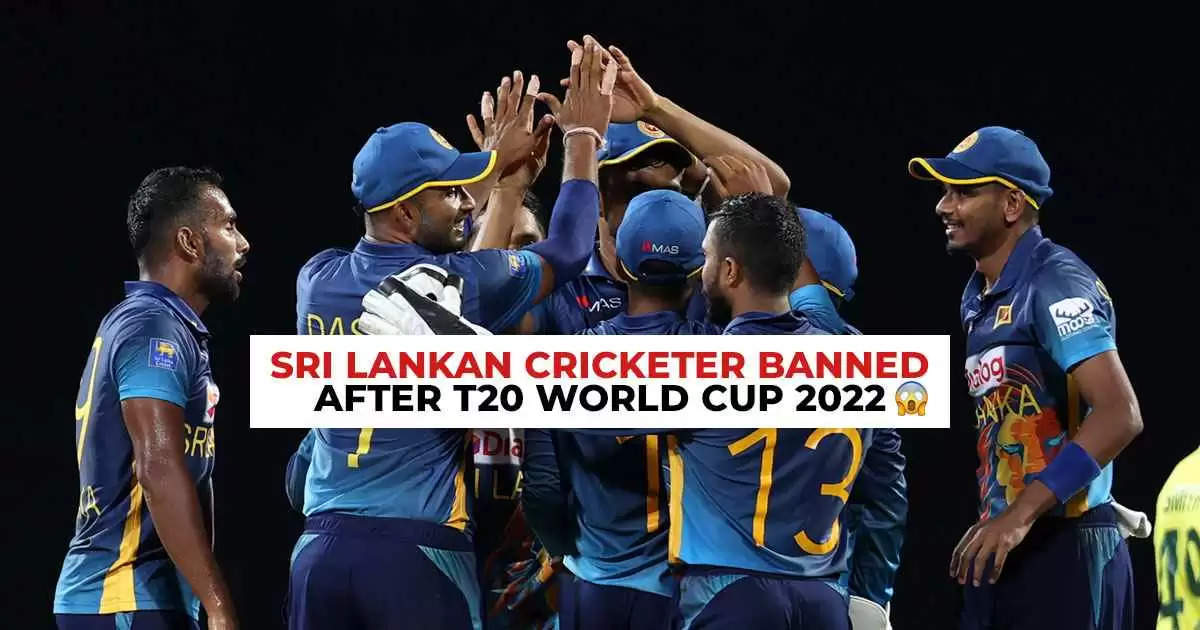 The 2022 T20 World Cup may be over but there are new reports emanating from the showpiece event. The event which began in October saw England win the tournament after a month of high octane cricket. The course of the tournament also saw some off the field drama courtesy of Sri Lanka.

Sri Lankan player Dhanushka Gunathilaka was arrested by the New South Wales police for a sexual crime. The cricketer was allowed to go back based on a bond posted after the tournament got over. Now there is more bad news from the Island nation.

SLC explains its side –

Taking to Twitter, the Sri Lankan Board put up the statement and the reason for the suspension. The SLC in a statement said “Sri Lanka Cricket wishes to inform that at the disciplinary inquiry carried out by the three-member inquiry panel into the alleged violations by the nationally contracted player, Chamika Karunaratne, for breaching several clauses in the Player Agreement during the recently concluded ICC T20 World Cup held in Australia, Mr. Karunaratne had pledged guilty for all charges levelled against him, Considering the seriousness of the violations committed by Mr. Karunaratne, the Inquiry Panel by its report has recommended to the Executive Committee of the SLC to strongly warn the player to refrain from further violations and to impose a punishment that will not have an impact on his cricketing career,"

Chamika Karunaratne is a huge player for the Dasun Shanaka side. The 26 year old played a key role in the 2022 Asia Cup with a match winning knock in the key game against Afghanistan. The Lankans went on to win the tournament by beating Pakistan in the final and winning the title for the 6th time.  The 26 year old has also been slapped with a fine of 5000 US$ and he will have to behave well over the next year to avoid a ban. The SLC in it statement further said “Subsequent to the said findings and recommendations of the inquiry panel the Executive Committee of SLC has handed a one-year ban from taking part in all forms of Cricket, and the said ban will be suspended for a period of one year. And further to the said suspended sentence a fine of USD 5,000/- was also imposed against Mr. Karunaratne,