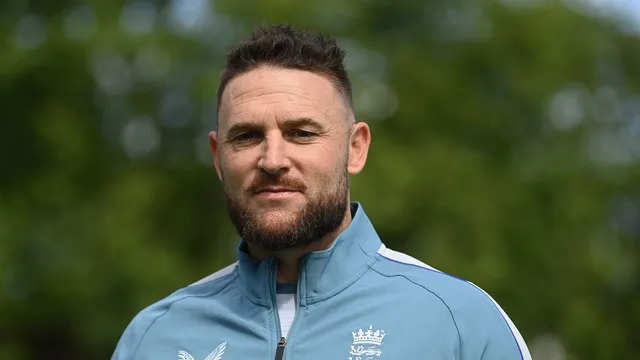 International cricket is back in full swing and the Indian team is at home playing against South Africa. The men in blue are locking horns with the Proteas in a five game T20 series which began on Thursday. India head into the 2nd game on Sunday with a 1-0 deficit after the 7 wicket loss on Thursday. After this series India get ready to play against England in the 5th and final rescheduled test match from 1st July.

England are currently playing New Zealand in a three match test series. The English are 1-0 up after five wicket win in the 1st test at Lord’s. Brendon McCullum is the current coach for the England test team. The former Kiwi captain has made a huge statement on Rohit Sharma. According to the England coach, the 400 run World Record in test cricket held by Brian Lara, could be broken by Rohit Sharma.

The blazing blade of Rohit Sharma is seeing a lull in recent times as he scored just under 300 runs during the TATA IPL 2022 season. The 35 year old Mumbai Indians and India skipper did not manage to score even a single half century. Rohit along with Virat and Bumrah have been rested for the South Africa series. Rohit returns for the tour of England which begins with the one off test.

While many expected him to fail, Rohit Sharma held his own against the likes of Anderson, Robinson, Wood and Co. Sharma played 4 games and scored 368 runs in the with an average above 52. Rohit had hit a memorable 127 in the 2nd innings of the Oval test. Rohit had one century and one half century during the series.

Till now Rohit has played 45 tests for India, making his debut way back in 2013. Rohit was supposed to make his test debut in 2010 but a freak injury put paid to the hopes. His red ball career was stop start till he was given the task of opening the innings for India in place of KL Rahul towards the end of 2019. Since then Rohit Sharma has had decent numbers. In 45 tests he has scored 3137 runs with an average of 46 with 8 centuries 14 half centuries and one double century. He has hit 335 fours and 64 sixes in his test career for India.