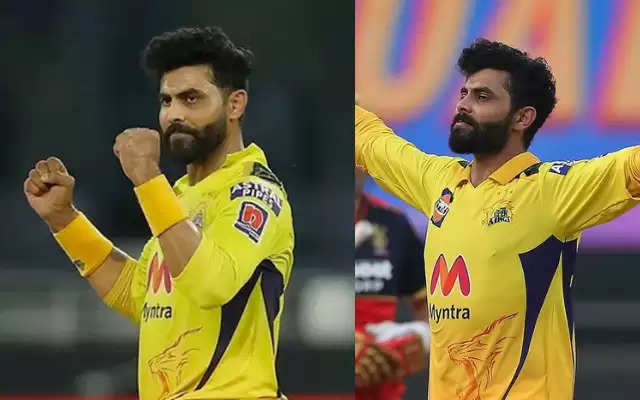 2022 T20 World Cup is going on in full swing and the cricket fans are seeing plethora of stars show their wares. One of the players who isn’t part of the 2022 T20 World Cup is 33 year old Ravindra Jadeja. The left arm spinning all rounder is currently coming back from an injury and is scheduled to make his return to the Indian side during the Bangladesh tour. Jadeja has been named as a part of the Test match and ODI side for the 2 test and 3 ODI tour of Bangladesh.

Few days ago there were reports of Ravindra Jadeja being put on the trade list by Chennai Super Kings. It was reported that the 4 time champs could make a move for their former player Shardul Thakur and Axar Patel to replace Jadeja. The 2 for 1 deal would have seen the two Delhi players don yellow and play under MSD at Cheapuk next year.

According to reports doing the rounds on social media the CSK management has denied reports about Jadeja. The 4 time champs have denied any rumors about Jadeja parting ways with the MSD led side. Speaking to Sports Tak the CSK source said “We and Jadeja are on the same page so there is no question of releasing him”. This was also confirmed by leading voice on Twitter CriccrazyJohns.

2022 TATA IPL saw Chennai Super Kings go in with a different captain in Jadeja. It was the first time the all rounder was leading any side. This came after MSD stepped down as the skipper just 2 days before the start of IPL. What followed was a horrid run for the then defending champs who lost their first 5 games.

MS Dhoni replaced Jadeja as the captain and there were rumors of Jadeja being unhappy with the move. The man from Saurashtra showed his unhappiness with CSK in every way possible on Social media. The latest news of a trade happening had put the Men In Yellow fans in shock and kept them on tenterhooks.

The latets U Turn by CSK on Ravindra Jadeja has left the fans confused as they took to Twitter to have their say. You can read all the tweets below.

Top source of CSK (in Sports Tak) said "We & Jadeja are on the same page so there is no question of releasing him".

Jadeja should be the captain