Cricket News: Cricket fans take to Twitter to troll ICC after they lost money in Phishing 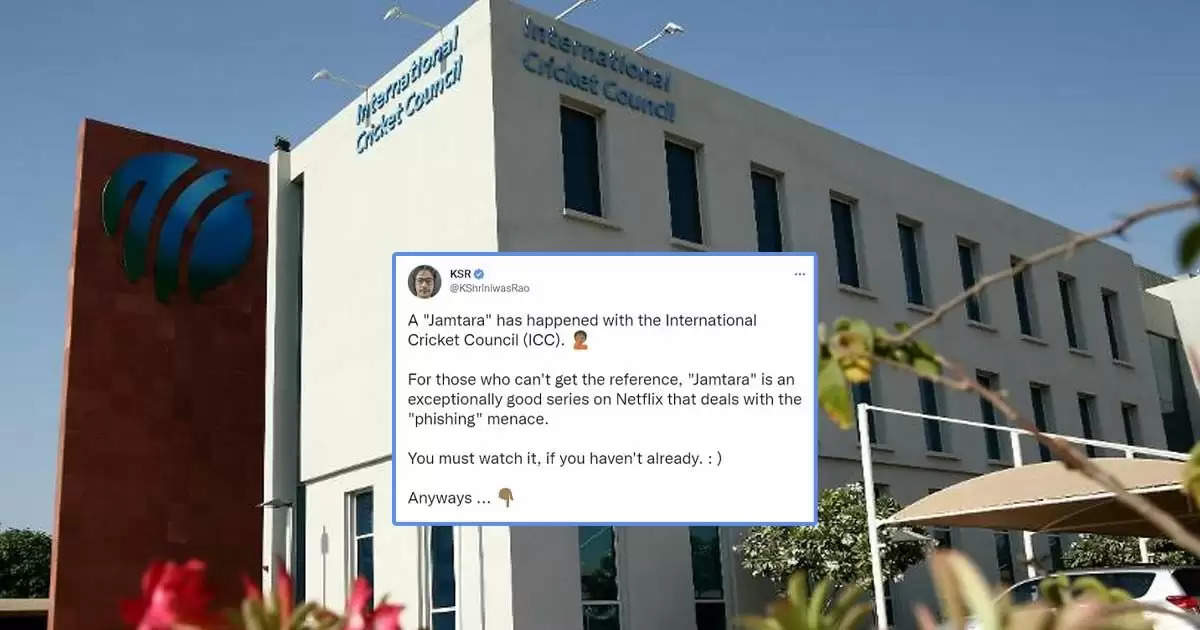 International Cricket Council is the apex body of every decision making our sport has, is and will witness. ICC was recently left red faced when they fell foul of an online fraud which saw then lose a lot of money. The entire episode now has raised a lot of questions about the cyber safety in the headquarters of ICC.

Journalist K. Srinivas Rao took to Twitter to post a tweet where he wrote “ A Jamtara (a series on Netflix ) has happened with the ICC. For those who cannot get the reference ‘Jamtara’ is an exceptionally good series on “Netflix” that deals with the ‘Phising” menace. You must watch it if you haven’t already”

According to reports, a few fraudsters did the ‘Phising’ method to siphon off nearly 2 million dollars. What will leave the offices at ICC in their Headquarters in Dubai concerned is the fact that this wasn’t the first time this happened. This perhaps happened before as well as where money has been siphoned off the ICC’s account. This now has had the FBI intervening and investigating the entire matter.

Every cricketing nation and board looks up to the ICC as they are the biggest decision makers. ICC is set to witness a huge year in cricketing calendar this year, as the World Test Championship is set to be played in June. ICC will also witness India host the 2023 world cup to be played later this year. Such an incident happening time and again will leave bad taste in the mouths of ICC and also potentially have various boards question the cyber security of ICC.

The cricket fans though did not pass up the chance to mock ICC as they took to Twitter to express their thoughts via Memes. You can read all the tweets and memes from the cricket fans at the ICC embedded below.

A "Jamtara" has happened with the International Cricket Council (ICC). 🤦🏾

For those who can't get the reference, "Jamtara" is an exceptionally good series on Netflix that deals with the "phishing" menace.