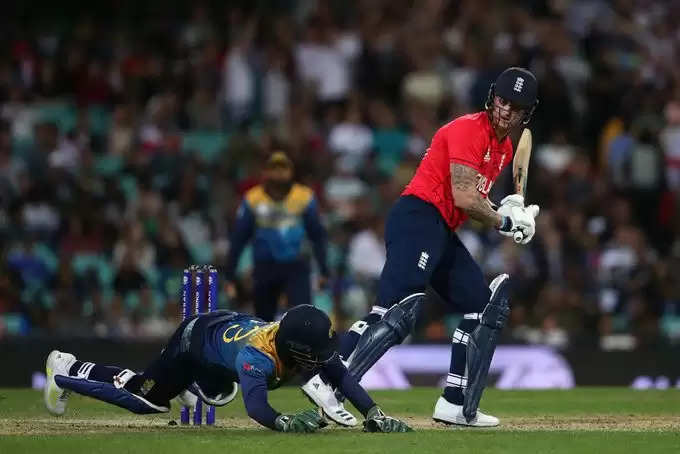 t was an heartbreaking Saturday for Australian fans as they were knocked out of the World Cup. England held their nerves as they stanched a 4 wicket win with 2 balls to spare. It wasn’t a clinical performance by the current ODI world champs as they suffered a small collapse during the middle overs. Ben Stokes with unbeaten 42 won the game for England to ensure Australia’s ouster from the World Cup.

Australia climbed to 2nd in the table after their win over Afghanistan on Friday. The task was simple for England as they just had to beat Sri Lanka to make it to the final 4. It was a huge test for Jos Buttler and his men as they weren’t showing the dominating white ball performances that the world saw them under Eoin Morgan.

Sri Lanka won the toss and chose to bat first as Pathum Nissanka and Kusal Mendis started going after the English bowling. Mendis cored 18 before he was dismissed by Woakes. Nissanka though kept going despite losing the wickets of Asalanka and De Silva.

Along with Rajapaksa, Nissanka added 34 runs for the 4th wicket before falling for 67 off 45 balls with 2 fours and 5 sixes. Rajapaksa scored a run a ball 22 with 3 fours as the English bowlers were tight and the fielders electric to restrict SL to 141.

Jos Buttler was circumspect but his partner Alex Hales was off the blocks quickly as he scored 47 off 30 balls. Buttler on the other hand was watchful and scored 28 off 23 balls with 2 fours and a six. Hales hit 7 fours and a six as the pair added 75 runs for the 1st wicket. Hasaranga sent back both the openers in a span of 7 runs to lave England at 82/2.

Batting at 3, Ben Stokes was out on 42 with 2 fours as he took England home to a close win with 2 balls to spare. This was after the Lankan bowlers picked quick wickets to leave England looking shaky. Ben Stokes held one end up as rest of the batters were perishing. The winning hit came from the bat of Chris Woakes who also had picked a wicket as he smashed a four to seal the deal for the English.

Cricket fans took to twitter to have their say on the Current T20 World Champions being sent packing, you can read all the tweets below