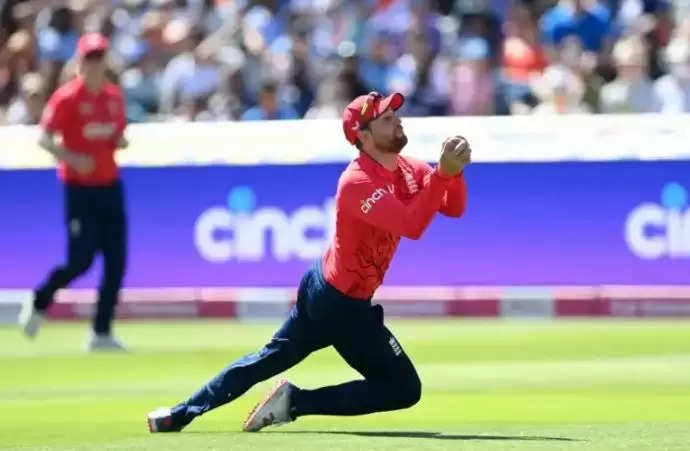 The King Kohli performance is a topic of debate nowadays, as he was once again dismissed on just 1 run in the second T-20 match against England at Edgbaston Cricket Ground, Birmingham. Kohli was knocked out by the 34-year-old debutant pacer Richard Gleeson but it was Dawid Malan's catch that stole the whole show.

In the 7th over of the innings, the Indian skipper tried to flick the bowl over the leg side but it ended up getting the massive edge which resulted in the catch towards the third-man. The catch is one of the favorite nominations to go down as the ‘catch of the series’.

India and England are against each other in the second T20I of the series, after winning the first game by 50 runs. The Indian team saw a return of senior players like Jasprit Bumrah, Virat Kohli, Ravindra Jadeja and Rishabh Pant to the squad. That resulted in Axar Patel, Ishan Kishan, Deepak Hooda and Arshdeep Singh to get left out for the second game. The Indian team also made some changes by changing the opening pairs to Rishabh Pant and Rohit Sharma.

The pair got a great start in the powerplay, as both the openers were smashing the English bowlers. However, the Indian captain was undone by a short ball from Richard Gleeson due to which he had to return to the pavilion on 31 runs from 20 balls.

The Indian former captain came at the No3 and initially he was looking confident with his performance. But, on the first ball of the sixth over, Virat Kohli got a length ball around his off stump and he was nowhere near the ball. He tried to hit the ball over wide- on but could manage to get the outer half of the bat as the ball went high towards the third man region.

Dawid Malan who was standing at point started running backward and at once it looked like he would not be able to take it. But, Malan put in a spectacular dive to end Virat Kohli's stay at the crease.

The back to back failure of Kohli is also making his place in the T20 squad in danger.The strike rate by the player in the shortest format is also debatable with the poor performance by him in the Indian Premier League(IPL).