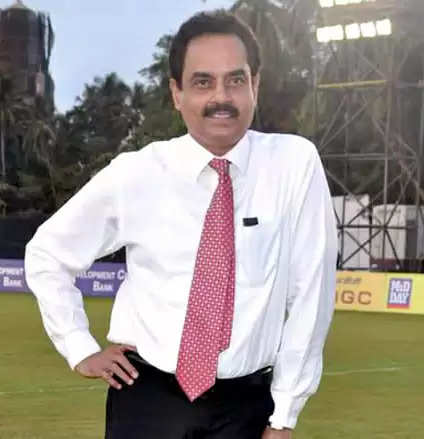 Indian cricket is always known for his amazing and classy batting stars it has produced over the years. The likes of Sachin Tendulkar, Ganguly, Dravid, Laxman, Gavaskar are some of the names that have enthralled the fans with their skills with the bat over the years. Former India captain Dilip Vengsarkar was known for his amazing batting skills during the course of his career. Vengsarkar also was the chief selector for India for a period of time. The former India number 3 has now come out and slammed the Indian selectors for ignoring one young batsman.

Vengsarkar speaks about his displeasure for the selectors ignoring Sarfaraz Khan –

Sarfaraz made headways when he scored a brilliant 439 for his school team way back in 2009. He made his IPL debut aged 17 for RCB and caught the imagination of the fans with his amazing batting skills. He was soon called the modern day version of Javed Miandad for his street smart cricket. Dilip Vengsarkar has now called out the Indian selectors for ignoring Sarfaraz despite his huge run scoring feats. Vengsarkar while to Khaleej Times in the UAE said  “He should have been playing for India at the moment. He has scored tons of runs every time (in Ranji Trophy). And if the selectors are still not convinced, then I am really surprised. What else can he do to get into the Indian squad? Every year, he has scored more than 800 runs for Mumbai. I have seen him since he was 12. He is a street-smart cricketer. He is always hungry for success. He is very fit and the most important thing is that he can play long innings”

Sarfaraz Khan left Mumbai to go to UP to play domestic cricket before heading back home to Mumbai. Before COVID-19 struck he was amazing with his batting skills and scored a triple ton and a double ton in consecutive matches. This season he has scored over 700 runs already. Khan began with the season with 275 against Defending champs Saurashtra. He then scored 63 and 48 against Goa, before scoring a brilliant 165 against Orissa. In the quarter final game against Uttarakhand he scored 153 to breach the 700 run mark.

Sarfaraz Khan till now has played 23 games scoring 2252 runs with a best of 301 not out. He has 7 centuries and 6 fifties and has an average of 80, which is only behind the great Donald Bradman. His run scoring feats have been lauded by the fans and cricket experts. It is now to be seen if the Indian selectors give the 24 year a call up to the Indian side and give him a spot in the test team.