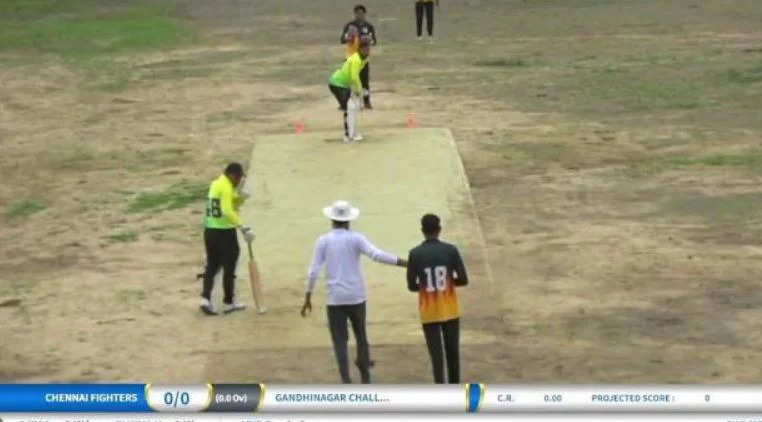 The Indian Premier League always stayed in the news with the media rights, bidding of the players, performance by the cricketers. But in Gujarat the IPL has created news differently. The fake IPL matches were conducted to dupe Russian punters in the Mehsana district, Gujarat.

As per the reports by the media a gang of cons at a Gujarat farm drew bets from punters in Russia.

It all started when the organizers made teams by approaching local farmers and 21 youth who were playing the cricket match in the official jerseys. The players were pretending to play for teams like Chennai Super Kings, Gujarat Titans and Mumbai Indians. Reports claimed that the farmers were promised that they will get Rs 400 per match.

The organizers wanted the match to look like a real match, for that around five high-definition cameras were placed to cover the whole field. They also arranged a commentator from Meerut who can exactly mimic the voice of Harsha Bhogle. The organizers also created it real by adding audience sound effects from the Internet.

The matches were live streamed on the Youtube channel named as Indian Premier League. The bets on the match were placed from Russian cities such as Tver, Voronezh and Moscow via Telegram channels.

Police explained that the mastermind behind this was Shoeb Davda, who spent eight months in a Russian pub known for making bets, came up with the entire plan.
“Shoeb hired the farm of Ghulam Masih and installed halogen lights there. He readied 21 farm labourers, promising them Rs 400 per match. Next, he hired cameramen and bought T-shirts of IPL teams. When the cops were tipped-off, they felt something was wrong,” police said.
The police came into action when the fake IPL had reached its quarter-final stage and arrested the organisers.
Police said that four people were arrested for running a fake cricket league with the aim of duping Russian punters.
Indian cricket commentator Harsha Bhogle also reacted to this, whose voice was mimicked, reacted to the story published in The Times of India and tweeted, “Can’t stop laughing. Must hear this “commentator.”

There is always a question in everyone’s mind that ‘Is betting legal in India’. The Indian gambling laws said that they do not allow sports betting companies or betting sites in India to be operated from within the country.
But there is no such law as such for companies who are situated outside India.