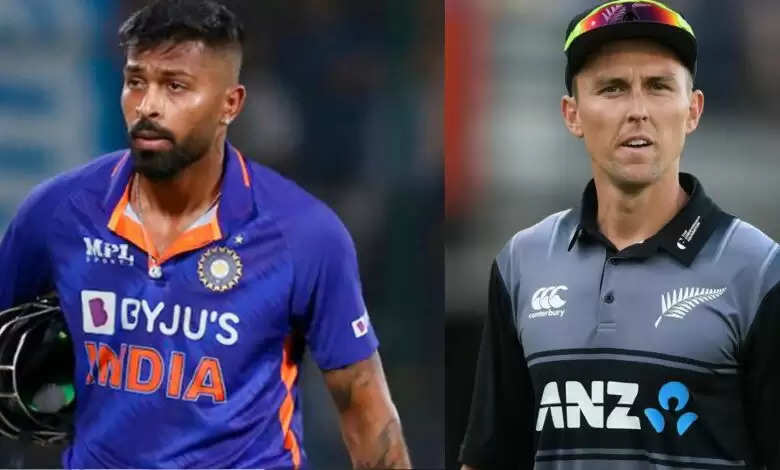 At a time when ODI cricket and its relevance is questioned, the fans and the players rate the ODI world cup as the highest honor in the world. India is scheduled host the 2023 world cup, 12 years after hosting the event and winning the event. Former India coach, Ravi Shastri recently revealed that Hardik Pandya could retire from ODI cricket post the 2023 world cup. According to the former India coach, the Baroda based all rounder wants to play just T20 cricket and could bid goodbye to the 50 over format. Here we look at 5 cricketers who could hang up their boots post the ODI world cup in 2023.

Hardik Pandya made his ODI debut against New Zealand in late 2016 after an impressive two seasons with Mumbai Indians. Pandya has played 66 games so far for the men in blue and scored 1386 runs with the bat. Pandya has 8 fifties with an average just under 34 and a strike rate of 115. He has also picked 63 wickets with the ball with best of 4/24 and economy rate of 5.5.

The 33 year old from Saurashtra has been under the injury cloud for quiet some time in recent times. Jadeja is not playing the ODI series against West Indies after suffering a niggle. 2023 could see Jadeja bid goodbye to the ODI format after making his debut as a 20 year old in 2009. Jadeja so far has played 171 matchs for India scoring 2447 runs with 13 fifties. Jadeja has picked 189 wickets with the ball with 5/36 as his best and an economy rate under 5.

Feared left arm seamer from New Zealand, Trent BOult is known for pace and swing and ability with the new ball. By the time the 2023 world cup rolls through, Boult would be 34. The left arm seamer played a crucial role in the black caps reaching 2 back to back WC finals in 2015 and 2019. Boult has played 93 games and picked 169 wickets with a best of 7/34 and has 5 five wicket hauls.

The Australian while ball captain has already said that he intends to retire from the T20 format post the world cup this year. Finch turns 36 this year and will want to go out on a high as a world cup winning skipper in the 50 over format like Michael Clarke did. Finch has played 140 ODI games and scored 5375 runs with 17 centuries and 30 half centuries. He has an average of 40 and is considered one of the most feared batters in the white ball format.

Australia could be in for double blow, as Warner too could follow his ODI skipper and opening partner into ODI retirement. Warner who enjoys a huge fan following in India will want to end his ODI career with a world cup win in India. Warner who turns 37 next year has played 133 ODI games and scored 5610 runs with 18 centuries and 24 fifties with an average of 44.5.