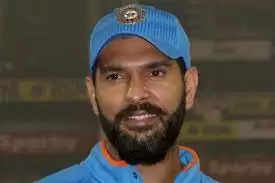 Indian cricket for the last two decades has been one of the hottest sporting teams in the world. The amount of revenue it generates and the fan craze it has is 2nd to none. The 2010’s was a successful one for team India as it won the 2011 World Cup and also the 2013 Champions trophy and it was all possible due to one name. The person in question being MS Dhoni the captain fantastic who took his side to greatness and won every silverware there was to be won. Now a former India team mate has come out and made some strong observations about the support he never got towards the end of his career.

Yuvraj Singh was one of the biggest match winners for India during the reign of MS Dhoni as the skipper of the side. The former left handed batsman who wowed the world with his timing when he had the bat in hand retired from the game in 2019. After his victory over the dreaded cancer he made a few comebacks to the Indian team, but couldn’t really match his feats of the past.

India and Sri Lanka faced off each other in the final of the T20 world cup held in Bangladesh. India had managed to win every game and it was one step closer to winning its 2nd T20 WC title. India managed to score a mere 130 odd runs despite Kohli scoring yet another half century. The fans came out and had a go at Yuvraj Singh who batted slow and scored 21 ball 11. Speaking about the game Yuvraj said “During the T20 World Cup in 2014, I was very low on confidence. There was an atmosphere that I could get dropped. It’s not an excuse but I wasn’t getting enough support from the team. From the time of Gary, I was in Duncan’s era and things had completely changed in the team. When the final came, I just couldn’t hit the ball. I tried to hit the off-spinner and I couldn’t hit it and it went for dots. I tried to get out, I didn’t get out….Everybody thought my career was over after that. I also thought my career was over. But that’s life. You have to accept that. If you accept glories, you must accept your defeats as well and you must move forward”

Yuvi on the Lack of support from the team management –

From 2016 to 2017, Yuvraj was pretty much part of the team and he was also part of the squad which lost the 2017 Champions trophy final. Yuvraj wanted to end his career in the 2019 World Cup. Indian selectors did not pick Yuvraj after the 2017 West Indies series which was played post the Champions Trophy. In his last game for India he scored a 55 ball 39 and then never played for India. Speaking about this Yuvraj said “Definitely when you have support from the coach and the captain it helps. Look at Mahi (MS Dhoni) towards the end of his career. He had so much support from Virat and Ravi Shastri. They took him to the World Cup, he played till the end, and went on to play 350 games. I think support is very important but in Indian cricket everybody will not get support. There have been great players like Harbhajan Singh, Virender Sehwag, VVS Laxman, Gautam Gambhir who didn’t get that (support). When you are batting out there and you know that the axe is hanging on your head how will you concentrate and bat and give your best. It is not an excuse but with different coaches and after 2011 times are very different”