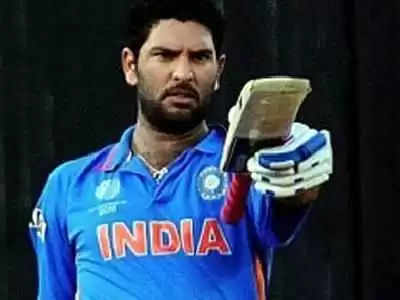 Former Indian cricketer Yuvraj Singh has fallen in trouble with the law with the local authorities in Goa. The former Indian world cup winner in 2007 and 2011 has been asked to appear before the court on December 8th, 2022 for a hearing on a case.

Yuvraj Singh retired from active cricket in 2019 and keeps himself busy with on and off appearances for the Indian legends team in the Road Safety World Series under the captaincy of Sachin Tendulkar which was won by the Indian legends on both occasions.

The reason for the trouble with the law –

The Goa Government has given Yuvraj Singh a notice for the breach of law as per the Goa Registration for Tourist Act 1982. Yuvraj owns a villa which he listed for stay for holiday makers and this was done without furnishing the right papers and for lack of registration with the local authorities according to the aforementioned act.

The notice was issued by Mr. Rajesh Kale who is the Deputy Director for Tourism on the 18th of November. The property in question is named Casa Singh which is situated in North Goa at Morjim. Yuvraj has been asked to make himself appear before the court at 11 AM on the 8th of December. The notice further asked the former legend the reason to be stated for not being hit with INR 1 Lakh fine.

Yuvraj Singh had once put out a tweet and tagged @airbnb and wrote “this is where I spent time with my loved ones and the home is filled with memories of my years on the pitch”.

Yuvraj a true legend of the game –

Yuvraj Singh first shot into limelight for being part of the world cup winning squad of Under -19 team led by Mohammad Kaif in 2000. The same year he made his ODI debut during the ICC knockout tournament held in Kenya. Yuvraj scored 84 the first time he batted against then world champs Australia.

Yuvraj played a key role for India in winning the first ever T20 world cup in 2007. He hit Stuart Broad for 6 sixes in an over and scored a key half century in the semi finals against Australia. He was also the man of the tournament during the 2011 World Cup triumph for India where he scored runs and picked wickets to lead India to its 2nd title in 28 years.