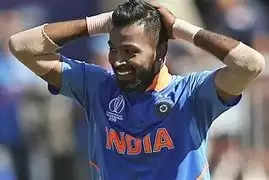 2022 has been a year to remember for Hardik Pandya and his cricketing career. The 28 year old fast bowling all-rounder has been at the top of his game during this year with the bat and ball. Sunday, saw yet another example the value Hardik Pandya adds to the side. India won their first game of the Asia Cup by beating Pakistan in a tense battle at the Dubai International Stadium. Pandya’s amazing exploits has got one former Pakistani coach to have a massive say about the all-rounder.

Jacques Kallis was one of the biggest names the world of cricket has ever seen, the South African for nearly 2 decades, was the corner stone of the Proteas team. Kallis was not only a great number 3 batter, but also could bowl at rapid speed and was an amazing slip fielder. Former Pakistan coach, Mickey Arthur, who had also coached South Africa and Australia likened Pandya to Kallis and said “Hardik Pandya in the side means it’s almost like India are playing with 12 players. It reminds me of my time back in South Africa when we had Jacques Kallis. You have a guy who can be one of your four seamers and bat in your top-five”

Pandya had a bad year last year when he did not perform well with the bat, he did not play to the best of his ability. Pandya was dropped from the side post the T20 World Cup and was left by Mumbai Indians. The man from Baroda then took a short break and then was picked by Gujarat Titans. Pandya not only batted well to be one of the top scorers with the bat, but also found form with the ball and led his side to the IPL title win in its 1st season “I have seen Hardik mature and mature and his leadership in the last IPL was outstanding. He managed his team very well and played so well under pressure,”

India won the toss and elected to bowl, and Pandya was given the ball in the power play overs. Pandya struck first when Iftikhar Ahmed was caught by Karthik for 28, it was then the turn of Rizwan who fell for 43, and Kushdil Shah for 2. Pandya ended with 3 wickets for 25 runs from his 4 overs. Pandya walked into bat at the fall of Yadav for 18 and added 52 runs with Jadeja. Pandya was not out on 33 off 17 balls with four hits to the fence. He hit one six which won the game for India off the bowling off Mohammad Nawaz.